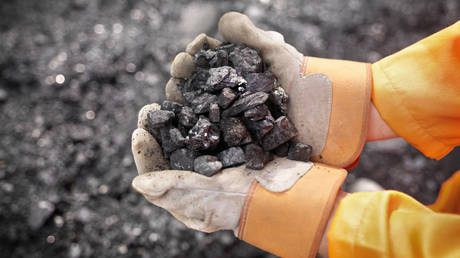 Coal mined in the mineral-rich Donetsk People’s Republic (DPR) is being exported to Türkiye, from where it goes to countries in the Middle East and Africa, DPR’s Prime Minister Vitaly Khotsenko told RIA Novosti on Wednesday.

In an interview he explained that the coal is being exported to traditional markets where coal is in demand. According to Khotsenko, the coal extracted in the region is of high quality and, accordingly, is in demand in many countries.

The mineral-rich DPR has the fourth-largest coal field in Europe, with its extractable reserves estimated at over ten billion tons. As of February, 115 coal mines were operating in Donbass, producing around 70 million tons of raw material per year.

On Wednesday morning, Russian President Vladimir Putin signed into law four unification treaties with the Donetsk and Lugansk People’s Republics, as well as with Kherson and Zaporozhye regions, which overwhelmingly voted to join Russia in referendums in September.