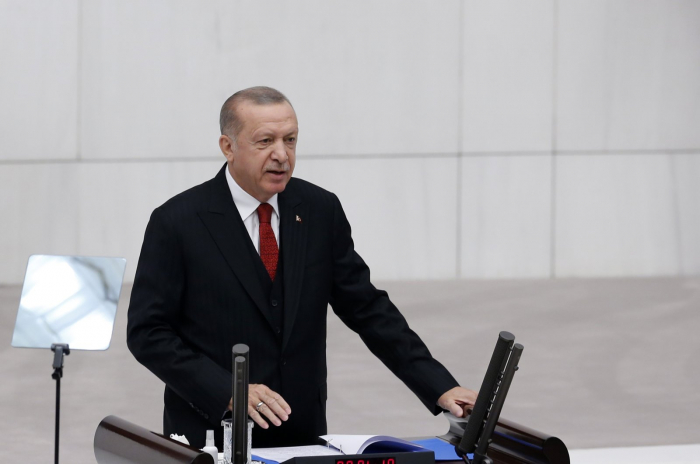 President Recep Tayyip Erdoğan reiterated Turkey’s support for Azerbaijan, and the country’s determination to continue to lend a hand to the oppressed people in the region, according to DailySabah.

Speaking at the inauguration ceremony of the new legislative session, Erdoğan said that Turkey sides with Azerbaijan in their struggle against the Armenian occupation in Nagorno-Karabakh.

He criticized the Minsk trio, which consists of the U.S., France and Russia for making cease-fire calls as he noted it was too late after decades of Armenian occupation.

“Minsk trio consisting of the US, Russia and France making cease-fire calls after years of ignorance does not make sense. Occupiers need to leave the land they’re occupying first,” Erdoğan said, in reference to Armenian occupiers in the Nagorno-Karabakh region.

“Permanent peace in the Nagorno-Karabakh region will only be possible if Armenia leaves the Azerbaijani lands it has been occupying,” the president said.

The president also said supporters of the “rogue state” would be “held accountable,” as he said Armenia’s slanders against Turkey will not save it.