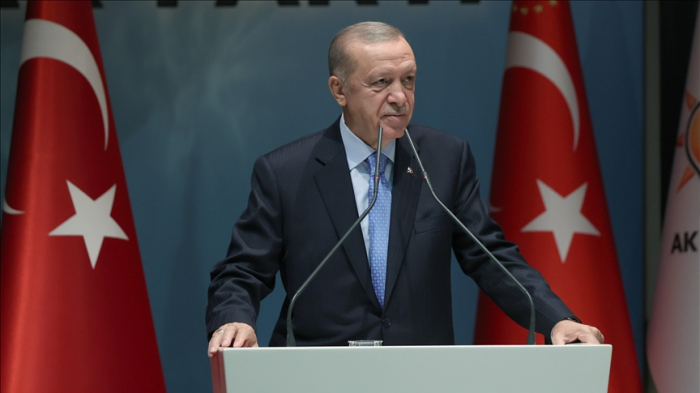 Turkish President Recep Tayyip Erdogan on Tuesday harshly criticized the European countries which protect terrorist organizations, including the PKK and FETO, according to Anadolu Agency.

“As the nests of terror are destroyed, members of terrorist organizations openly set up camps for themselves in some countries.

“The murderers who shed the blood of our citizens are embraced in almost every country in Europe, particularly in the Lavrion camp in Greece. They can walk around freely by waving their arms,” Erdogan told a meeting in the capital Ankara.

Erdogan’s remarks came a day after a police officer was killed and another injured in a PKK terror attack on a police station in Türkiye’s southern Mersin province.

The terrorists pose a threat to peace and security of Western countries protecting the terror groups, Erdogan warned, and said he expects all countries, especially Türkiye’s neighbors, to take necessary measures against terrorist organizations.

Read more:   Italy, Azerbaijan provided friendly support to each other during COVID-19 - FM

About the military buildups in Greece, Erdogan reiterated that Ankara knows very well the intentions of those who provoked Athens, adding: “The weapons piled up in Western Thrace and on the islands make no sense to us because our power is far beyond them, but we remind you that this means a covert occupation.”

Erdogan said Türkiye does not want Aegean and Mediterranean seas “being polluted with human blood, tears, or hostility.”

“We want peace and tranquility with all our hearts,” he added.