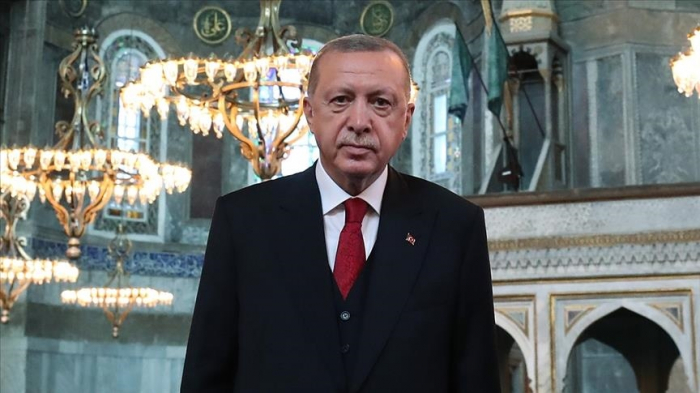 In a Twitter post, Erdogan said Hagia Sophia “is the symbol of the revival of our civilization.”

“Praise be to our Lord, who showed us these days … I hope that the voices of the call to prayers, salawats (prayers) and Holy Quran will not go missing from the domes of this great shrine until the end of time,” he added.

He also posted a video showing the first Friday prayer in Hagia Sophia Grand Mosque for the first time after an 86-year hiatus.

On July 24, 2020, Friday prayers in the Hagia Sophia Grand Mosque marked the first Muslim acts of worship there in 86 years.

In 1985, Hagia Sophia was added to the UNESCO World Heritage List.

Besides being a mosque, the Hagia Sophia is also among Turkey’s top tourism destinations and remains open for domestic and foreign visitors.