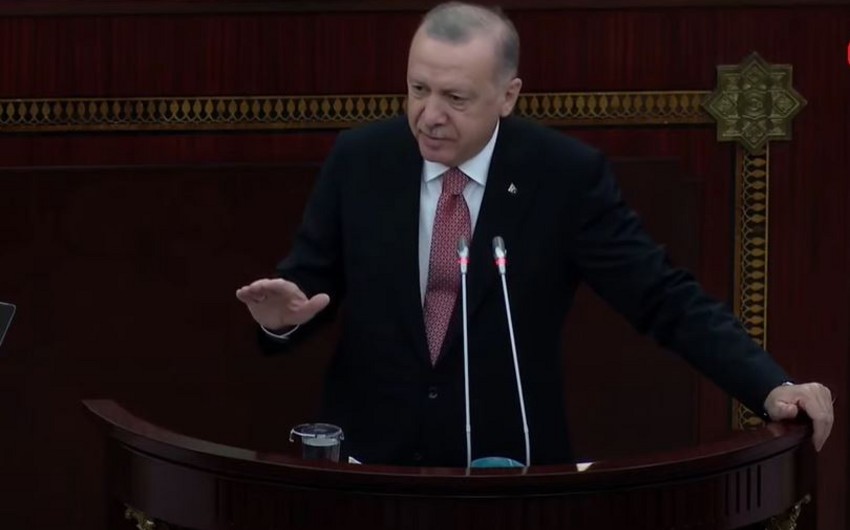 “I congratulate the Azerbaijani Armed Forces, which are fighting heroically for the Motherland without blinking an eye,” Turkish President Recep Tayyip Erdoğan said during his speech in the Azerbaijani Parliament.

According to him, Turkey was with Azerbaijan during the war: “We stand by Azerbaijan today. Let the whole world know that tomorrow we will be next to Azerbaijan.