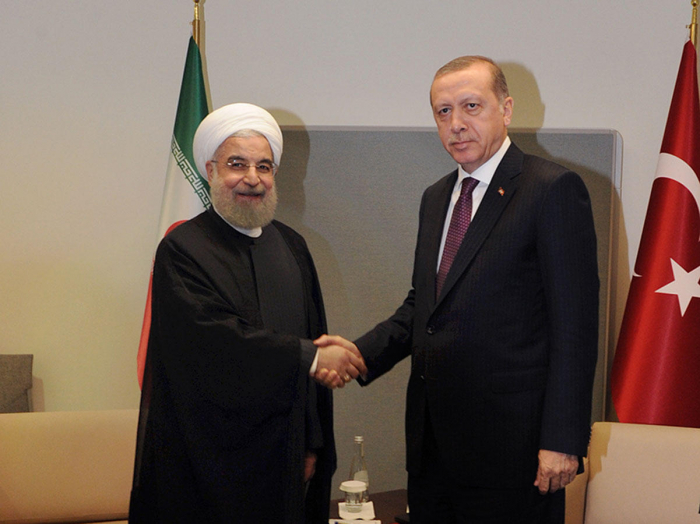 The Turkish president on Thursday spoke to his Iranian counterpart over the phone to discuss the Armenia-Azerbaijan Nagorno-Karabakh conflict and regional issues, including developments in Syria, according to Anadolu Agency.

Recep Tayyip Erdogan and Hassan Rouhani also exchanged views on developing the Turkey-Iran relations and strengthening the cooperation in fighting terrorism, the Directorate of Communications said in a statement.

Erdogan emphasized that the attacks of Armenia — which started a crisis with its occupation of and attacks on Azerbaijani territories — against the civilian population are “war crimes,” the statement said.

He also stressed that it is important to stand at a point that distinguishes right and wrong, as well as occupied and occupying sides in this issue.