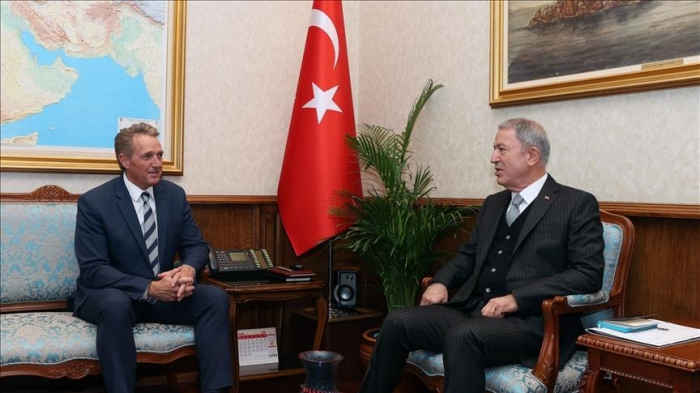 The ministry shared no further information about the meeting in the capital Ankara, which was closed to the press.

Flake has served as ambassador to Türkiye since this January after he was appointed by President Joe Biden.

Defense-related issues between the two countries include Türkiye’s wish to buy modern F-16 fighter jets and F-16 modernization kits, as well as US support for the terrorist group YPG/PKK in northern Syria.

Türkiye has long protested this support for a terror group that threatens Turkish borders, with the US saying it allies with the YPG/PKK to fight Daesh/ISIS. Turkish authorities say it makes no sense to use one terrorist group to fight another.

After a bomb attack in Istanbul earlier this month which killed six people and left over 80 wounded, Türkiye this week launched airstrikes on YPG/PKK and PKK terrorist positions in northern Syria and northern Iraq, just across the Turkish border.

In its more than 35-year terror campaign against Türkiye, the PKK – listed as a terrorist organization by Türkiye, the US, and EU – has been responsible for the deaths of more than 40,000 people, including women, children, and infants. The YPG is its terrorist branch in Syria.