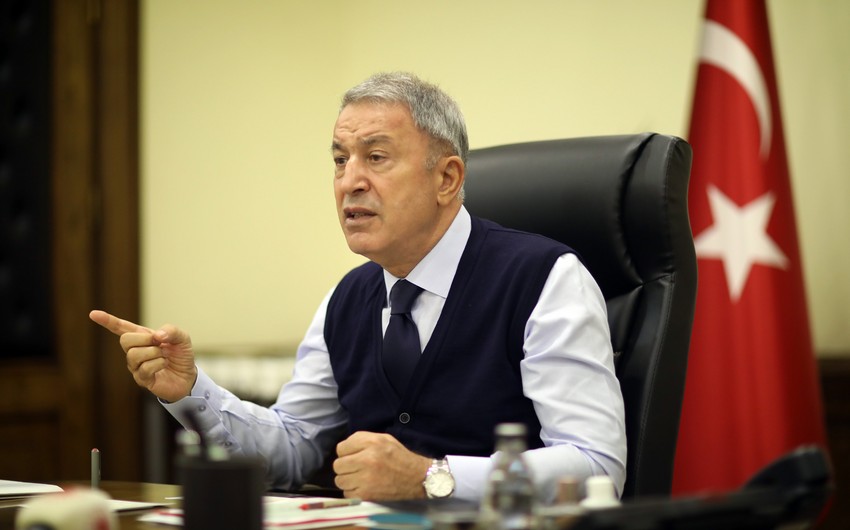 “The YPG is the PKK in all senses. We inform our allies at every meeting that it is not right to meet with their leaders, take photos, provide them with weapons and military hardware,” Turkish Defense Minister Hulusi Akar said, Report informs

According to him, Turkish President Recep Tayyip Erdogan said at a meeting with US President Joseph Biden in New York on the sidelines of the 76th session of the UN General Assembly that aid to the Syrian branch of the terrorist PKK YPG was not in line with the alliance.

Akar also spoke about issues that could be discussed during President Erdogan’s visit to Russia. He did not rule out the possibility of meeting with his Russian counterpart Sergey Shoygu.

The defense minister said that the Presidents of Turkey and Russia would discuss the issue of Afghanistan and work there with experts from Qatar.

Weapons that Armenians left behind while retreating were found in the Gubadli district, Report informs,…