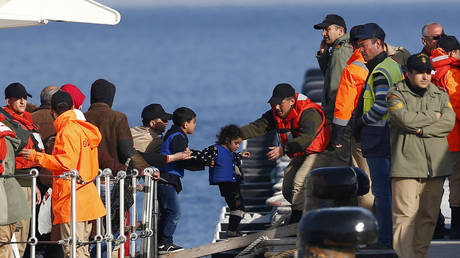 Turkey’s coastguard service has said it detained a boat in the Aegean Sea heading for Europe which was carrying more than 200 Afghan migrants. The vessel was believed to be en route to Italy.

A boat carrying 231 migrants, most of whom are from Afghanistan, was detained by the coastguard, Reuters and Turkish media reported on Wednesday. (RT)