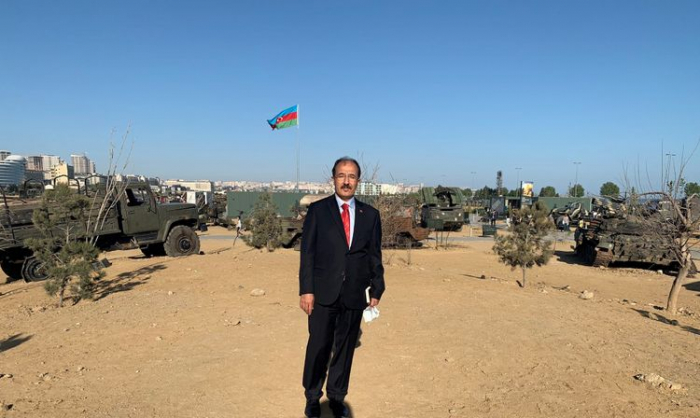 In his tweet, the ambassador once again congratulated Azerbaijan on its victory in the Second Nagorno-Karabakh War War.

“Today we are in the Military Trophy Park, established following the liberation of the Nagorno-Karabakh from the Armenian occupation. Congratulations on your victory, brother, “the ambassador said.