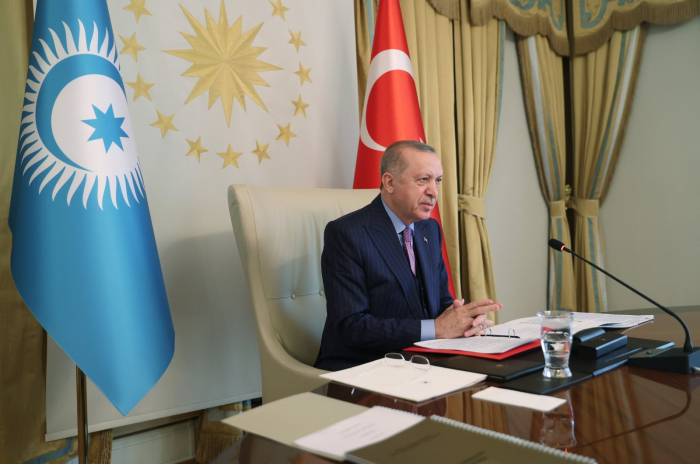 The leaders of the Cooperation Council of Turkic-Speaking States, also known as the Turkic Council, gathered virtually Wednesday for an informal summit and agreed to change the organization’s name.

According to a declaration issued by the council, the leaders at the summit supported an initiative put forward by the council’s honorary chairperson, Nursultan Nazarbayev to change the name of the Turkic Council. Foreign ministers and the secretariat were instructed to prepare the relevant documents to ” lay the basis for this decision at the 8th Summit of the Turkic Council envisaged to be held in the fall of 2021 in the Republic of Turkey.”

The declaration also proclaimed Kazakhstan’s city of Turkistan “a spiritual capital of the Turkic World.”

During the virtual gathering, the council’s leaders “agreed that other prominent ancient cities of the Turkic world might be accorded with similar statuses on a rotating basis in the future.” Regulations on according similar statuses to other cities are to be prepared and adopted at the Council of Foreign Ministers (CFM) prior to the 8th Turkic Council Summit in Turkey.

The organization’s leaders hailed the secretariat “for the preparation of the initial drafts of the “Turkic World Vision – 2040” and “Turkic Council Strategy 2020-2025” and instructed the relevant authorities of the member states to work with the secretariat to prepare them for possible approval in line with their respective national procedures at the next summit.

Expressing solidarity with the government and people of Azerbaijan in their efforts to rehabilitate, rebuild and reintegrate the liberated lands of the Nagorno-Karabakh, the council also “supported the normalization of relations between Armenia and Azerbaijan on the basis of mutual recognition of and respect for each other’s sovereignty, territorial integrity and inviolability of internationally recognized borders.”

The declaration noted the importance of setting more ambitious and achievable goals from an economic outlook and also stressed the significance of undertaking and effectively implementing regional projects of strategic importance, particularly in the fields of transport, customs, energy and infrastructure.

The 8th Turkic Council summit is scheduled to be held in Istanbul, Turkey on Nov. 12, 2021, depending on the COVID-19 pandemic situation, said Turkish President Recep Tayyip Erdoğan.

The council was established in 2009 as an intergovernmental organization with an overarching aim of promoting comprehensive cooperation among Turkic-speaking states.

It consists of Azerbaijan, Kazakhstan, Kyrgyzstan, Turkey and Uzbekistan as member countries and Hungary as an observer state.