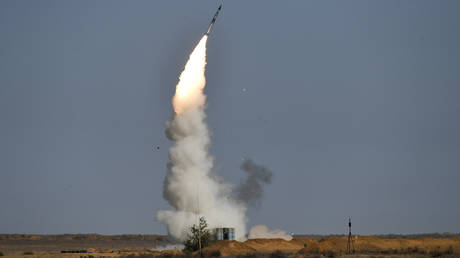 State of the art S-400 air defense systems which Ankara bought from Moscow despite opposition from the US will operate outside of NATO’s command and control infrastructure, Turkish Defense Minister Hulusi Akar has confirmed.

In an emailed response to Bloomberg ahead of Thursday’s virtual meeting of NATO defense ministers, Akar again underlined Turkey’s commitment to put the Russian systems into service. Last week, the US State Department warned that activation of S-400s could potentially lead to “serious consequences” for the “security relationship” between Washington and Ankara.

However, Akar insisted that the Russian-made hardware won’t be integrated into NATO’s command-and-control infrastructure, but rather “used as a standalone system.” Its deployment will be similar to the practice of the “use of Russian-made S-300 weapons that exist within NATO,” he explained, likely referring to neighboring Greece which operates such systems.

Akar also appeared to confirm recent media reports in relation to Turkey’s successful S-400 tests, which, according to sources, the Turkish military carried out in the north of the country.

“Every defense procurement includes tests and system controls,” he said, when asked about the drills. Washington earlier insisted that such tests were “incompatible with Turkey’s responsibilities as a NATO ally and strategic partner of the US.” (RT)