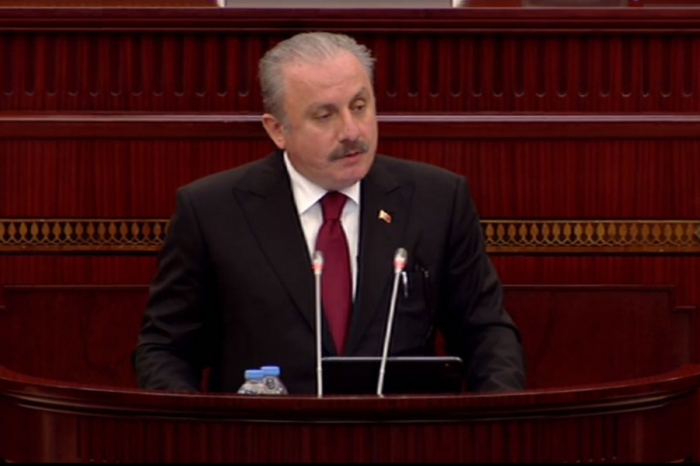 “We witnessed the occupation of the Azerbaijani territories by Armenia. The OSCE Minsk Group was established to end the occupation. The mechanism, which involved leading world states has not been able to settle this problem for 30 years. Participation of non-regional countries here has further deepened the problem,” Chairman of the Grand National Assembly (Parliament) of Turkey Mustafa Sentop said, speaking at the 3rd annual meeting of the Parliamentary Assembly of ECO in Baku, on May 17.

The Azerbaijani Army ended the occupation under the leadership of President Ilham Aliyev. Sentop stated that Turkey supported Azerbaijan during the 44-day war, and still supports it and will continue to support in the future.
Azərbaycan24 sosial şəbəkələrdə
Whatsapp xəttimiz - 070 224 40 25
InstagramdaInstagramda izlə
Telegram-da izlə
Tags:armenia, Azerbaijan, The, Turkey