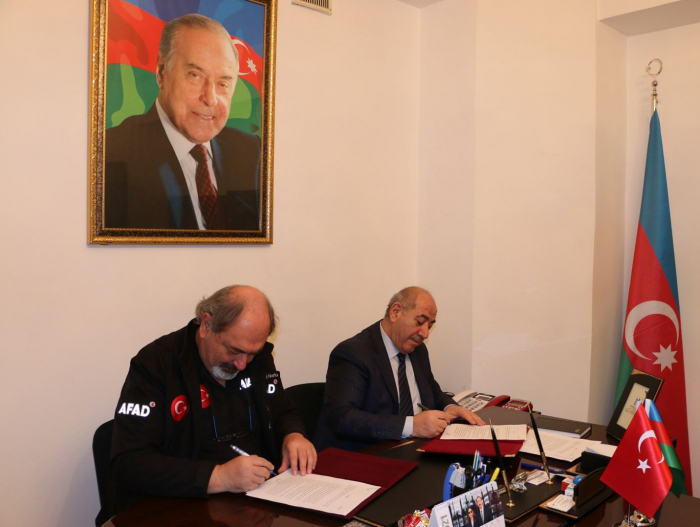 Turkey will provide support to Azerbaijan in installing seismic stations in Karabakh, according to the Republican Seismic Survey Center of Azerbaijan National Academy of Sciences.

The mentioned issue is provided in a protocol signed following negotiations between the Department of Earthquakes of the Office for Prevention and Elimination of Consequences of Emergencies under the Government of Turkey (AFAD) and the Republican Center of Seismological Service of the National Academy of Sciences of Azerbaijan (ANAS), on the expansion of bilateral cooperation and the implementation of joint projects.

The document was signed by the head of the AFAD Department of Earthquakes Murat Nurlu and the Director General of ANAS, Professor Gurban Yetirmishli.

According to the protocol, the Turkish side will provide Azerbaijan with deep drilling equipment.