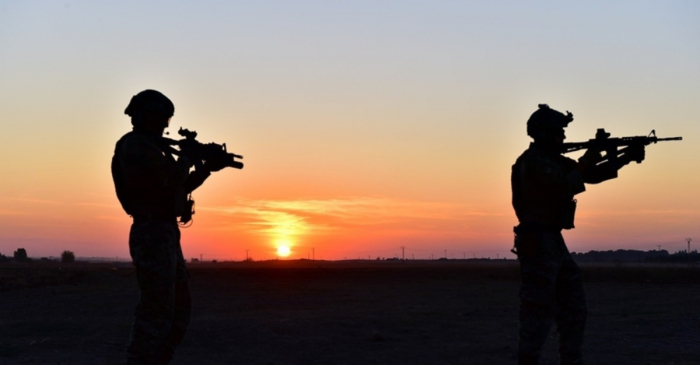 A total of 123 terrorists have turned themselves in to Turkish security forces in 2020 thus far, the country’s Interior Ministry said on Monday, according to Anadolu Agency.

One more terrorist surrendered in the southeastern Mardin province, the ministry said in a statement.

The terrorist surrendered to the security forces following the persuasion efforts by the Interior Ministry and Gendarmerie Command in the eastern Mus province, the statement added.

The terrorist who joined the separatist terrorist group in 2014 and operated in Syria surrendered to the security forces in Mardin with the support of the family.

No affiliation was given for the terrorist, but Turkey’s southeast has long seen terrorist PKK activity while in Syria YPG/PKK, the PKK’s Syrian offshoot, is seen.

Police and gendarmerie continue their efforts to convince terrorists to turn themselves in.

In its more than 30-year terror campaign against Turkey, the PKK — listed as a terrorist organization by Turkey, the US and EU — has been responsible for the deaths of 40,000 people, including women, children and infants.

Less razzamatazz, but Nobel Prizes go ahead amid pandemic

Lawsuits against the Trump administration have piled up over the last fortnight as some 3,500…

PAC-MAC is ON! Manny Pacquiao camp ‘CONFIRM deal is being made’ for Conor McGregor boxing bout

Jenny Mikakos, the health minister of Victoria, Australia, has stepped down after the state’s premier…