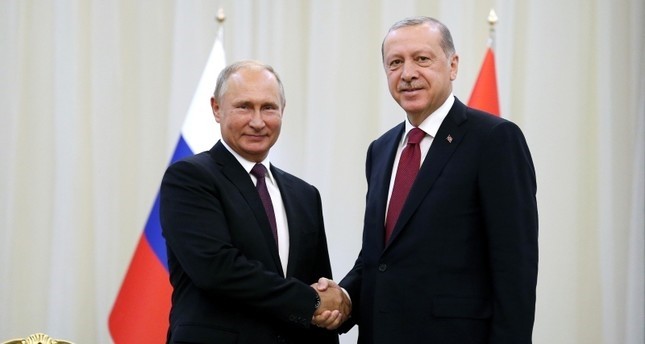 Russian President Vladimir Putin invited his Turkish counterpart Recep Tayyip Erdogan to discuss the need to prevent armed clashes between Turkey and the Syrian regime, the Kremlin said in a statement late Tuesday, according to Daily Sabah.

According to the statement, in a phone call with Erdogan, Putin invited the Turkish leader for a working visit in the coming days.

Turkey launched Operation Peace Spring, the third in a series of cross-border anti-terror operations in northern Syria targeting terrorists affiliated with Daesh and the PKK’s Syrian offshoot the YPG, on Oct. 9 at 4 p.m.

The PKK — listed as a terrorist organization by Turkey, the U.S. and the European Union — has waged a terror campaign against Turkey for more than 30 years, resulting in the deaths of nearly 40,000 people, including women, children and infants.