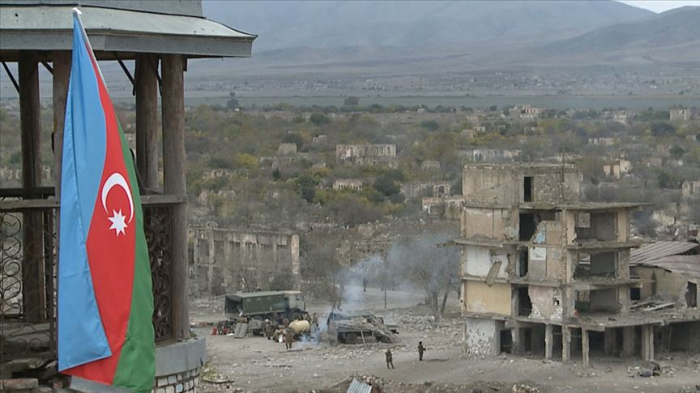 Turkey’s Chief Ombudsman Seref Malkoc has prepared a report on the war crimes committed by the Armenian armed forces in Azerbaijan’s Nagorno-Karabakh region.

The report will be sent to relevant international organizations and human rights commissions of the parliaments of the EU member states.

In his report, Malkoc said they visited Azerbaijan and investigated the civilian settlements damaged by Armenia’s military attacks.

“In particular, we visited civilian settlements outside the zone of hostilities, including Ganja, Tartar, Goranboy, Aghdam, as well as Baku. Although the city of Ganja was miles away from the battlefield, it was hit by missiles fired by the Armenian armed forces. Tartar also came under Armenian missile attack,” the chief ombudsman said.

The report also points out that some 94 Azerbaijani civilians were killed and 414 others wounded as a result of Armenia’s military attacks. Moreover, as many as 3,410 private houses, 120 multi-apartment residential buildings and 512 civilian facilities were damaged.

Azerbaijan State Academic Musical Theater has implemented a new project during the pandemic. According to…

Switzerland changes the rules of quarantine and PCR tests for its citizens and incoming tourists.…