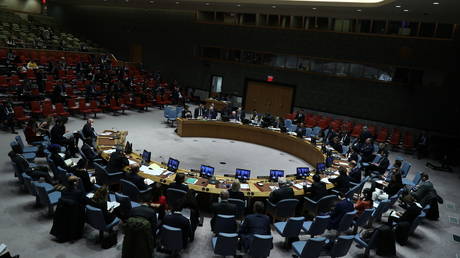 Turkey wants the UN Security Council to be “more inclusive” and to eliminate the veto power of the permanent members, Foreign Minister Mevlut Cavusoglu told reporters on Friday. Cavusoglu’s remarks, on the sidelines of the 77th session of the UN General Assembly in New York, reflect Ankara’s long-term policy – but also dovetailed with recent US proposals.

“We believe that the General Assembly, the Security Council should be more inclusive. There are many formulas coming from different countries, and all countries should be well represented here,” Cavusoglu said, according to the state broadcaster TRT.

“Of course, a criteria could be determined according to the population, size and geographical distribution of each country. But on the other hand, the right of veto should also be abolished,” the foreign minister added.

Turkish President Recep Tayyip Erdogan has championed the vision he dubbed “the world is bigger than five” – referring to the five permanent UNSC members – for years, Cavusoglu said, adding that other world leaders were now talking about it. 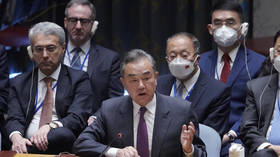 The UN was established at the end of the Second World War by the victorious allied powers, all of which got a permanent seat on the Security Council, with 10 rotating members elected for two-year terms. On a tour of Africa in 2021, Erdogan described this arrangement as unjust and obsolete, with a “handful of countries” dominating the world.

Russian President Vladimir Putin dismissed the idea at the time, saying if the veto was abolished “the UN would die the very same day – it would turn into the League of Nations,” a powerless debate club.

Now, however, Erdogan’s idea seems to have at least partial backing from Washington. US envoy to the UN Linda Thomas-Greenfield has called the Security Council arrangement “an unsustainable and outdated status quo.” Addressing the General Assembly this week, US President Joe Biden proposed expanding the Security Council and limiting the veto to “rare, extraordinary situations.”

The US has used its veto over 80 times, mainly in defense of Israel.