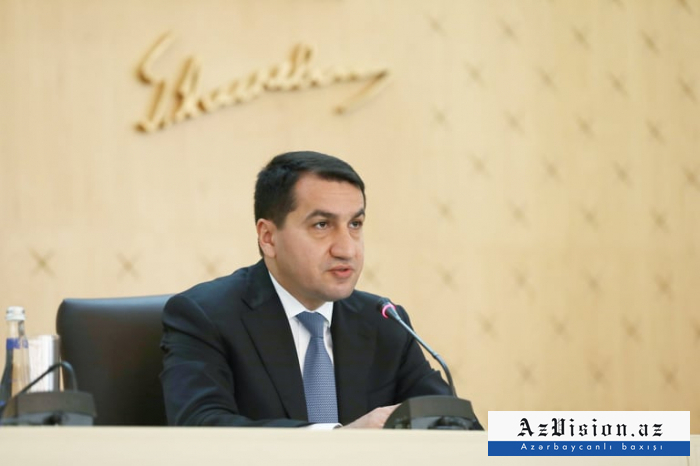 Azerbaijan and Turkey share both fraternal and strategic ties and there is no need for Turkey to participate in the military operations in the Nagorno-Karabakh regions, said Assistant to the President of Azerbaijan, Head of Foreign Policy Affairs Department of the Presidential Administration Hikmet Hajiyev in his interview to Al Jazeera TV channel.

“The Azerbaijani Armed Forces are successfully carrying out military operations. Whether Armenia accepts it or not, Turkey participates in the negotiations. The OSCE Minsk Group, which started its work in 1992, includes 11 member states. It is co-chaired by France, the Russian Federation, and the United States. Since 1992, Turkey has become one of the member states of the MG”, Azerbaijani President’s Assistant stated.

Turkey has close ties with Azerbaijan, said the presidential aide.

“Turkey is also one of the regional countries belonging to the geography of the South Caucasus. The ongoing problems and conflicts also affect Turkey’s security. Therefore, the Azerbaijani side insists on the more active participation of brotherly Turkey during the post-war period. Despite Armenia’s protests, it is very important,” Hajiyev added.