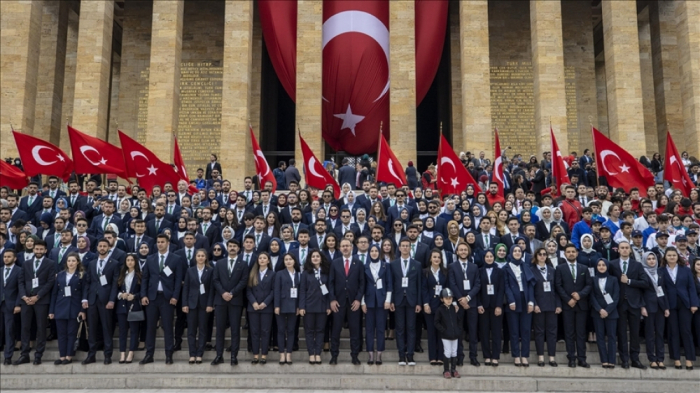 Turkey on Thursday is celebrating the Commemoration of Ataturk, Youth and Sports Day, a milestone day for the beginning of the country’s War of Independence, according to Anadolu Agency.

May 19, 1919 was the day when Mustafa Kemal Ataturk – later founder of the Republic of Turkiye – arrived in the Black Sea city of Samsun from Istanbul to launch the war that four years later transformed the nation into modern Turkiye.

As part of the day, President Recep Tayyip Erdogan will join an event in the capital Ankara, meeting with youth representatives and Turkish athletes.

Youth and Sports Minister Mehmet Muharrem Kasapoglu will also meet young people coming from the Turkish Republic of Northern Cyprus and 81 provinces of Turkiye and will visit Anitkabir, the mausoleum of Ataturk.

Read more:   More than 2.3 tons of drugs seized in Turkey

Along with Erdogan and Kasapoglu, other Turkish officials and political figures will also mark May 19 as they are set to attend various events during the day.

Ataturk dedicated May 19 to the youth of the Turkish nation as Youth and Sports Day – a national holiday that sees young people take part in sporting and cultural activities with official ceremonies across the country.

Despite the US president’s denials, a 2018 voicemail indicates he was aware of Hunter’s business…