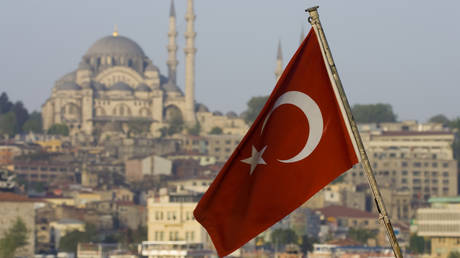 After blocking Sweden and Finland’s NATO accession talks, Turkish media reported on Thursday that Ankara has drawn up a list of demands for the two Nordic countries, including a requirement that both countries end their support for groups that Turkey views as terrorists.

The conditions have apparently been laid out in a ‘Scandinavian dossier’, which is set to be discussed with Swedish and Finnish diplomats. They are expected to arrive in Ankara on May 23 to hold talks with Turkish Deputy Foreign Minister Sedat Onal.

“They will have to take our demands into account. Maybe they will have to come to Turkey several times in this process,” Turkish diplomatic sources were quoted as saying by Türkiye.

In the document, Turkey has reportedly made five key demands – the extradition of “terrorists” associated with the Kurdistan Worker’s Party (PKK) and the Fethullahist Organisation (FETO), the recognition of the Syrian National Self-Defense Forces (SNS) as a terrorist organization, an end to support for representatives of FETO, which Ankara believes to be behind the coup attempt in 2016, and the closure of all organizations related to structures associated with terrorists in Turkey. Ankara also demands that the two countries provide written guarantees of these commitments, and not simply make promises.

Diplomatic sources have allegedly stated that Ankara will not accept any concessions on these five points, and that if these demands are met, it might reconsider its position on Sweden and Finland’s NATO membership bids.

Turkey claims that Sweden and Finland both harbor people that are linked to terrorist groups, and both Helsinki and Stockholm have for years refused Turkey’s request for the extradition of 33 individuals accused of terrorism, for which Turkish President Recep Tayyip Erdogan has branded the countries “guesthouses” for terrorist groups. (RT)