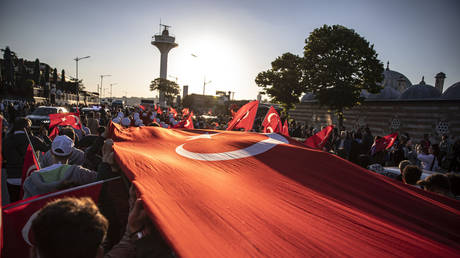 Today’s Turkey is further from the EU than it was decades ago when it applied to join the bloc, European Commission President Ursula von der Leyen said in an interview published on Tuesday.

She replied: “There is no progress and this is enough. So it’s in Turkey’s hands to change something about it.”

“The accession process is flexible to the extent that it very much depends on the development in the applicant country,” von der Leyen said.

The most telling examples are Turkey and Slovakia. Both obtained the European perspective [on accession] in 1999, and, five years later, Slovakia became a member of the European Union. They did everything to succeed in moving forward, with enormous national unity. And Turkey today is further from the European Union than before.

Turkey formally applied to join the EU in 1987 and was declared eligible for membership in 1999. But the talks stalled in the early 2000s, initially because of Turkey’s refusal to recognize the Republic of Cyprus, an EU member. (RT)