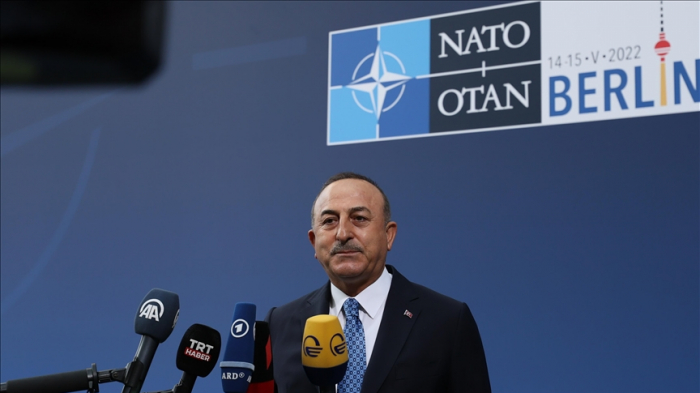 Turkiye has always supported the idea of expanding NATO, but it has concerns with regards to Finland and Sweden’s desire to join the alliance given their relations with terror groups, the Turkish foreign minister said on Sunday, according to Anadolu Agency.

“Countries supporting terrorism should not be allies in NATO,” Cavusoglu said, adding he briefed participating officials on the support the two countries provided to the PKK terror group, especially the arms aid supplied by Sweden.

Both Finland and Sweden “must stop supporting terror groups,” and give clear security guarantees in order to become NATO members, said Cavusoglu, who noted that the member countries should show solidarity with one another.

Restrictions on export permits by would-be NATO member countries are “unacceptable,” he added.

Furthermore, Cavusoglu commented on his Swedish counterpart Ann Linde’s statements on relations with terror groups, saying they were not “productive”, but “provocative.”