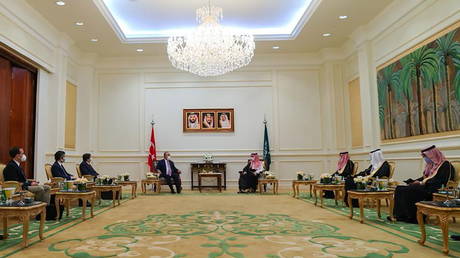 The foreign ministers of Saudi Arabia and Turkey met in Mecca on Tuesday, expressing readiness to keep working on improving ties between the states which deteriorated after the murder of journalist Jamal Khashoggi in 2018.

The two agreed to “work on positive issues on our common agenda and to hold regular consultations,” Cavusoglu said on Twitter. Cooperation between Ankara and Riyadh will “contribute to stability, peace and prosperity in the region,” he added. (RT)