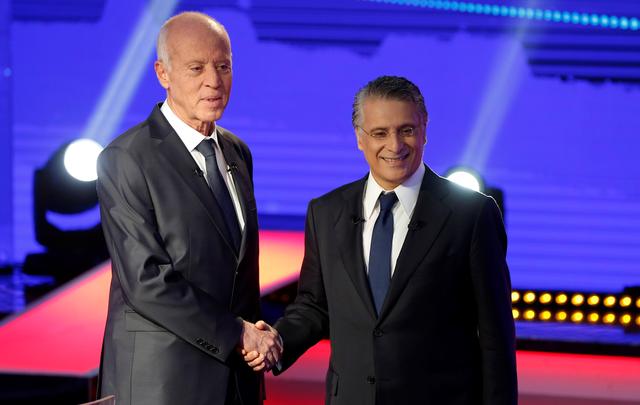 Tunisians were choosing on Sunday between two political outsiders to be their next president, in a free election that has seen voters ditch top politicians after years of declining living standards following a 2011 revolution.

Media mogul Nabil Karoui and his opponent, retired law professor Kais Saied, beat a crowded field of 24 rivals in the first round of voting last month.

Tunisians are struggling with unemployment of 15%, inflation of 6.8%, declining public services and pressure from foreign lenders to cut deficits and rein in a large state debt.

Supporters of Karoui see him as a professionally successful, conservative, secular champion of Tunisia’s poor.

Backers of Saied, who has barely campaigned in the race, see him as humble and principled, willing to take on Tunisia’s moneyed elite and promising electoral reforms.

An international election monitoring team in Tunisia raised concern on Sunday about the fairness of the vote, however, because TV station owner Karoui was held in detention during much of the run-up to the election.

Karoui was detained in August pending a verdict in his trial for money laundering and tax evasion, accusations he denies, and spent the first round of the vote and much of the campaign behind bars before his release on Wednesday.

“This is not business as usual,” said Les Campbell, joint leader of the National Democratic Institute and International Republican Institute observer mission in Tunisia.

“The playing field was disrupted and that was a significant factor in the election,” the electoral monitor said.