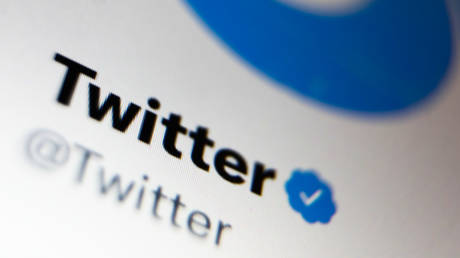 Director of America’s new Disinformation Governance Board Nina Jankowicz has big plans for social media. Is it because people are increasingly turning away from her kind of “influencer”?

During a Zoom call that went viral earlier this week, Jankowicz – after complaining that “there are a lot of people [on Twitter] who shouldn’t be verified, who aren’t legit in my opinion” – suggested that those verified individuals whom she does find “legit” should be able to edit other people’s tweets.

It’s easy to understand why Jankowicz might be feeling a little power-crazed – she was just named head of the closest thing the US has ever had to a Ministry of Truth, after all. But bestowing upon a special group of blue-check insiders the privilege to essentially spray-paint their idea of “truth” all over other user’s social media posts understandably didn’t go over very well with many on the platform. 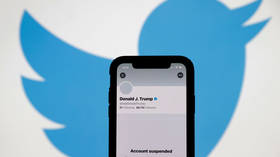 Such a hostile takeover would completely change the character of Twitter, something Jankowicz seems to dearly desire, having warned the coming of billionaire owner Elon Musk would herald a storm of disinformation and hate speech the platform would not survive. Yet in outlining the Twitter of her dreams, she used the example of Wikipedia, a site she seems especially fond of given her Twitter handle @wiczipedia, as a place where “trustworthy” types are free to annotate reality to their heart’s content.

But Wikipedia is hardly a bastion of truth and verified information. Indeed, it doesn’t even pretend to be – the website carries a disclaimer noting that it aspires to “verifiability,” rather than truth, and that “verifiability” merely means that the largest possible number of “reliable sources” agree something is true. Wikipedia has been plagued with hoaxes since its beginning, and while it’s treated as a reliable source unto itself by many users, citing it in an academic paper would get a student laughed out of any serious university.

More importantly, Wikipedia is plagued with vicious infighting, as various factions fight for the right to be allowed to determine what – on the internet, at least – is often taken as the last word on reality. Who decides what sources are “reliable,” is in many cases left up to mob rule, with a handful of “administrators” struggling to rein in that explosion of lowercase-d democracy even while (frequently) talking up the capital-D variety.

Presumably, Jankowicz believes her MiniTru should play the same role on Twitter, deciding which Twitter users are “trustworthy” enough to shoulder the responsibility of editing the tweets of hundreds of millions of users. With so many accounts already sporting the blue check, including those she finds less than “legit” for their political views or the people with whom they associate, does she propose forcing every verified user to re-verify themselves? To pass a loyalty test? Are you now, or have you ever been guilty of thinking impure thoughts about Our Democracy™? 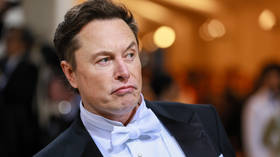 What Jankowicz and her ilk call “reliable sources” are hardly seen as such universally. Former President Donald Trump may have left Twitter and taken his speculations about the veracity of the 2020 election with him, but he left behind millions of followers, many of whom carry their own blue checks and wouldn’t hesitate to start “annotating” their nemeses’ posts if they felt their speech was threatened.

Not only are they blocked from doing that under the current system, but Twitter already slaps ham-fisted “fact-checks” on topics considered controversial, much as Facebook and YouTube do. At the same time, even the most “trustworthy” verified users have been known to spread some howlers in the course of their self-styled defense of Truth, Justice and the American Way, such as Jankowicz’s own insistence that the now-validated “laptop from hell” belonging to presidential scion Hunter Biden was not in fact his computer at all but some Russian troll farm’s fantasy.

It would still be mildly troubling if this was a view Jankowicz alone held, given that the Biden administration has, despite her imperfect ability to distinguish truth from fiction, given her the authority to declare what is and is not “disinformation.” But this was a view taken at the time by every “legit” blue-check on Twitter. Those who attempted to post otherwise were summarily ‘de-platformed.’ That anyone from any “reputable” publication was even allowed to reexamine the story and discover it was not only true but more sordid than previously understood is precisely because the US did not – at the time – have a Ministry of Truth governing all social media output.