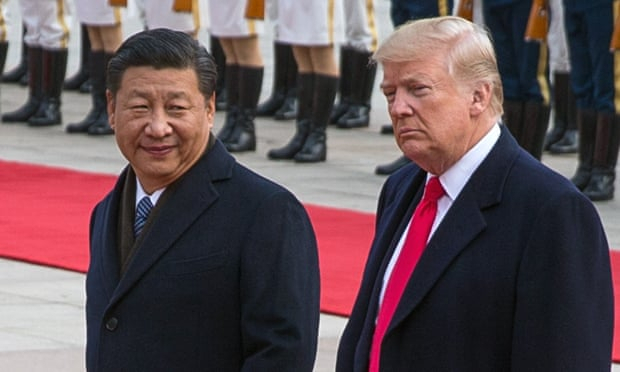 Twitter is banned in China, but Chinese diplomats abroad, not traditionally known for being outspoken, have started to use the platform to confront Beijing’s critics more directly and aggressively.

Earlier this week, Zhao Lijian, deputy chief of mission to Pakistan, joined the fray while defending Beijing’s treatment of Uighurs, a Muslim minority in the far western Chinese territory of Xinjiang.

Zhao took aim at the US, a vocal critic of the mass detentions of Uighurs in Xinjiang, by listing a range of social issues in the US including racial segregation. He wrote: “If you’re in Washington, D.C., you know the white never go to the SW area, because it’s an area for the black & Latin. There’s a saying ‘black in & white out’.”

He went on: “Racism in US has existed since the colonial era. Racial stratification continues to occur in employment, housing, education, lending, & government.”

His tweet prompted former national security adviser Susan Rice to call Zhao a “racist disgrace” and said he should be recalled to China.

Zhao deleted his original tweet but doubled down on his previous point, going on to describe the “living conditions of African Americans” as “worrisome”, and highlighting the country’s “endless” school shootings, and women “living in fear” of sexual assault. “Truth hurts. I am simply telling the truth,” he wrote.

Zhao is among a small but increasingly vocal group of Chinese diplomats who are taking their message directly to international audiences via social media.

“It is a new communication strategy adopted by Chinese diplomatic actors,” said Alessandra Cappelletti, a cultural diplomacy expert at Xi’an Jiaotong-Liverpool University. “They are using this tool increasingly in an effective and sophisticated way to reach the broader audience as much as possible,” she said.

But in contrast to the Facebook accounts – mostly used to promote Chinese culture and repost official media hailing diplomatic cooperation – individual Twitter accounts take a more personal tone and are used to counter perceptions of China as heavily restrictive, she said.

“The aim behind this is to make China appear more familiar to foreign audiences, more friendly, more approachable, more directly exposed,” said Cappelletti. “When you have an individual speaking. It’s easier to think it is more reliable in terms of not being censored because it is an individual.”

Earlier this month, Nasheed said his country’s debt to China had reached “alarming levels” and criticised the cost of Chinese projects, echoing previous accusations of Beijing engaging in “debt-trap diplomacy”.

Zhang, tweeting at Nasheed, wrote: “What I cannot accept is continuous unverified and misleading info. to the public, which harms our friendly relations,” adding that having a “rational [dialogue] based on correct data” was only a “phonecall away”.

The Chinese ambassador to the US, Cui Tiankai, who joined Twitter last week, also used the platform to criticise the visit of Taiwan’s president, Tsai Ing-wen, to the US. Beijing claims Taiwan, where a rival Chinese government was set up following the end of Chinese civil war in 1949, as still part of the mainland.

Cui wrote: “Taiwan is part of China. No attempts to split China will ever succeed … Those who play with fire only get themselves burned. Period.”

Few other Chinese diplomats have set up individual social media accounts but observers expect more to come as officials heed Chinese leader Xi Jinping’s call to “tell China stories well”. Wei Qian, the ambassador to Panama, who tweets in Spanish, joined in October 2017 while the ambassador to India joined in December of the same year.

A Twitter user since 2010 and one of China’s most outspoken diplomats on the platform, Zhao is something of a pioneer. A recent paper in the International Journal of Communication on Chinese public diplomacy through Twitter described Zhao as having “exercised less restraint, discretion, and caution than might typically be expected from Chinese officials who speak in public or post on social media”.

Another early trailblazer, Hu Xijin, editor of the state-run Global Times, has had an account on Twitter since 2014. Hu, tweeting in English, often confronts critical media reports on China.

“The impression is you can engage in a conversation, but the reality is that there is no conversation. It is [the diplomat] giving a perspective and backing it in a very strong determined way,” she said.

While some observers see Zhao’s recent criticised posts as a misfire, Cappelletti sees them as strategic, a way to spotlight Beijing’s positions on issues such as Taiwan or Xinjiang that often come under international scrutiny. Zhao gained about 1,000 more followers after his spat with Rice.

“It’s even a victory for them,” she said. “This is the game they are starting to play … so it’s something they calculated and are ready to face.”