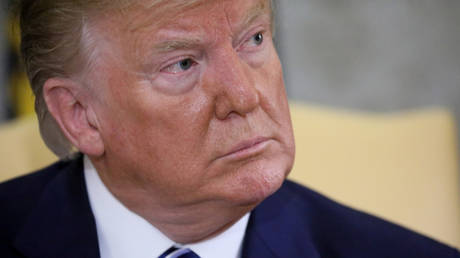 Donald Trump has instructed the Treasury Department to “substantially increase,” sanctions on Iran. The move comes in response to Iran’s alleged attacks on Saudi oil fields, and as the president’s confidants advocate war.

The president announced the planned sanctions on Wednesday, two days after saying “it is certainly looking” like Iran carried out drone strikes on two Saudi Arabian oil facilities over the weekend, although he did not name the entities to be sanctioned. The attacks knocked out around half of the country’s oil production, or five percent of the world’s supply.

I have just instructed the Secretary of the Treasury to substantially increase Sanctions on the country of Iran!

Tehran denies having a hand in the attack, which was immediately claimed by Houthi rebels in Yemen, who have been engaged in a four-year military conflict with Saudi forces. (RT)