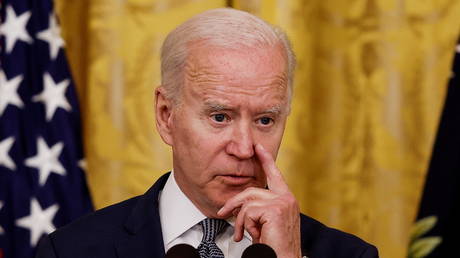 US Representative Ronny Jackson (R-Texas), the ex-White House doctor who gave then-President Donald Trump a clean bill of mental health, is calling for President Joe Biden to take a cognitive test to assess his fitness for office.

“The American people should have absolute confidence in their president,” Jackson and 13 other Republican lawmakers said in a letter to Biden on Thursday. “They deserve to know that he or she can perform the duties of head of state and commander in chief. They deserve full transparency on the mental capabilities of their highest elected leader.” 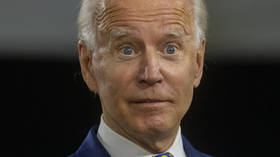 The legislators urged Biden to submit to a cognitive test “immediately” and publish the results, “so the American people know the full mental and intellectual health of their president, and to set an example for all presidents to follow going forward.”

The letter noted that with Democrat politicians and mainstream media outlets questioning Trump’s mental fitness in 2018, the president underwent a Montreal Cognitive Assessment (MOCA). Jackson reported that Trump got a perfect score on the test, and the doctor became a target of media criticism after giving what ABC News called, “an unusually glowing and public declaration of a president’s good health.”

Read more:   Medical masks produced in Azerbaijan to go to pharmacies next week

Media outlets also ridiculed Trump over the alleged easiness of his cognitive test, but CNN hosts Don Lemon and Chris Cuomo botched a comedic demonstration of such an exam on air.

With Biden making a series of gaffes on the presidential campaign trail last year, Trump called on him to take a cognitive test to prove his mental acuity. The Democrat candidate dismissed Trump’s challenge and mocked a journalist who raised the question of a test in an August interview.

“Come on, man,” Biden told Yahoo News reporter Errol Barnett. “That’s like saying to you, before you got on this program if you had taken a test were you taking cocaine or not. What do you think, huh? Are you a junkie?”

Read more:   India considers over $1 billion in cash incentives for every chip maker setting up in country – media

Biden’s mental stumbles have continued since he took office in January. During his European trip last week, he made such blunders as repeatedly referring to ‘Libya’ when he meant to say ‘Syria’ and erroneously suggesting that UK Prime Minister Boris Johnson had neglected to introduce South African President Cyril Ramaphosa.

Also on rt.com ‘He’s clearly suffering from dementia’: Conservatives jeer as Biden mistakes Syria for Libya ahead of talks with Putin

The MOCA test is designed to show early signs of mental impairment. Jackson and the other GOP lawmakers said in their letter that such an assessment is “pertinent” for Biden, given his history of having suffered aneurysms associated with a hemorrhagic stroke.

“Certain behaviors that signal someone should take the exam include patients repeating themselves, losing car keys frequently, forgetting recent events and multiple instances of forgetting conversations,” the letter said.

The lawmakers noted such examples this year as a March incident in which Biden apparently forgot the name of Secretary of Defense Lloyd Austin, his botching of names, titles and the time of day during a visit to Houston in February, and a May statement in which he misidentified the plane he used as vice president in the Obama administration. He also appeared to forget a line from the Declaration of Independence in March 2020. (RT)