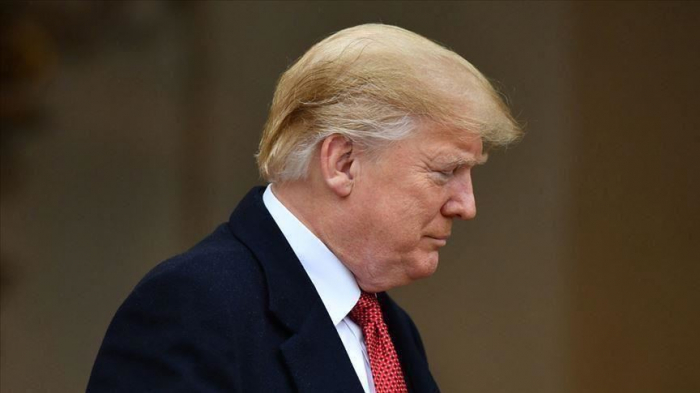 Trump reposted Turkish President Recep Tayyip Erdogan’s message from Thursday in which he addressed Trump, saying “many more lives will be saved when we defeat terrorism, which is humanity’s arch enemy. I am confident that this joint effort will promote peace and stability in our region.”

In a separate tweet Trump said he had just spoken with Erdogan, whom he said told him “there was minor sniper and mortar fire that was quickly eliminated.” Trump did not elaborate.

“He very much wants the ceasefire, or pause, to work. Likewise, the Kurds want it, and the ultimate solution, to happen,” he said. “There is good will on both sides & a really good chance for success. The U.S. has secured the Oil, & the ISIS Fighters are double secured by Kurds & Turkey.”

Trump further said he has been told that “some European nations,” whom he did not specify, “are now willing, for the first time, to take the ISIS Fighters that came from their nations,” referring to Daesh.

“This is good news, but should have been done after WE captured them,” he said.

Later addressing reporters at the White House Trump said that Daesh is “totally under guard,” claiming “tremendous success” over the course of “the last couple of days.”

“Little bit unconventional, little bit of hard love, I told you that, a lot of pain for a couple days, and sometimes you have to go through some pain before you get a good solution. But the Kurds are very happy about it. President Erdogan of Turkey is satisfied with it. And we are in a very strong position,” he said.

Turkey and the U.S. came to an agreement Thursday to pause Turkey’s anti-terror operation in northern Syria.

Turkey paused its Operation Peace Spring for 120 hours to allow the withdrawal of terrorist YPG/PKK forces from the planned safe zone.

Ankara wants to clear northern Syria east of the Euphrates River of the terrorist PKK and its Syrian offshoot, the YPG/PKK.

In its more than 30-year terror campaign against Turkey, the PKK — listed as a terrorist organization by Turkey, the U.S. and the European Union — has been responsible for deaths of 40,000 people, including women, children and infants.