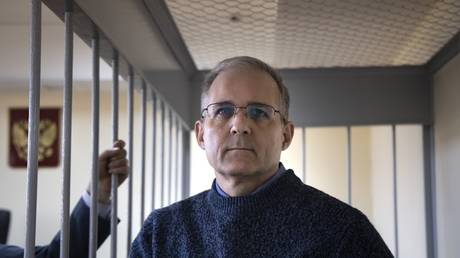 Trading a high-profile prisoner for a basketball player while leaving a Marine in a Russian prison is an embarrassing and stupid deal, former US president Donald Trump said on Thursday, as the ruling Democrats praised the swap as a triumph for black and LGBT Americans.

“What kind of a deal is it to swap Brittney Griner, a basketball player who openly hates our Country, for the man known as ‘The Merchant of Death,’ who is one of the biggest arms dealers anywhere in the World, and responsible for tens of thousands of deaths and horrific injuries,” Trump said in a post on his website Truth Social.

“Why wasn’t former Marine Paul Whelan included in this totally one-sided transaction? He would have been let out for the asking. What a ‘stupid’ and unpatriotic embarrassment for the USA!!!” the 45th president added.

Russian national Viktor Bout was seized by US agents in Thailand in 2008 and convicted in 2012 of weapons trafficking. Griner was arrested at a Moscow airport in early February, and sentenced in August for drug trafficking. Both were pardoned ahead of the exchange, which took place in the United Arab Emirates on Thursday.

A video of the exchange, made on the tarmac in Dubai, was published on Thursday evening, with the faces of participating US and Russian officials blurred out for privacy.

Griner was traveling to Russia to moonlight for a basketball club there. During her regular WNBA season, she was one of the athletes who would kneel for the national anthem at games to protest racism towards African-Americans. Trump has criticized their protests as unpatriotic. 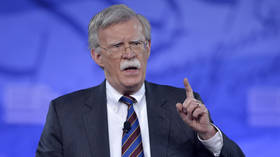 Whelan is a retired US Marine who was convicted of espionage in 2020 and sentenced to 16 years in a Russian penal colony. White House press secretary Karine Jean-Pierre told reporters on Thursday afternoon that the Joe Biden administration considers the Russian charges against Whelan “totally illegitimate,” but was presented with the choice to bring back Griner “or no one.”

“On a personal note, Brittney is more than an athlete, more than an Olympian, she is an important role model, an inspiration to millions of Americans, particularly the LGBTQI+ Americans and women of color,” added Jean-Pierre, the first black lesbian to speak for the White House.

Griner was “free to go home to her wife on the same day that we passed the Marriage Protection Act,” House Speaker Nancy Pelosi, a California Democrat, told reporters. The bill is a major win for the Democrats, who wanted to pass it to ensure same-sex marriage in the US is no longer a matter of judicial precedent. (RT)