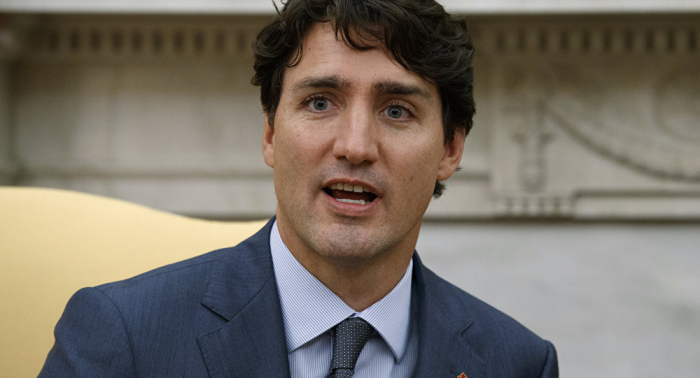 Canadian Prime Minister Justin Trudeau has issued an official apology for Canada’s refusal to take in over 900 Jewish refugees who fled to the country from Nazi Germany back in 1939.

“Today I rise in this House of Commons [Canadian parliament’s lower chamber] to issue a long overdue apology to the Jewish refugees Canada turned away. We apologize to the 907 German Jews aboard the MS Saint Louis, as well as their families. We also apologize to others who paid the price of our inaction, whom we doomed to the ultimate horror of the death camps,” the prime minister said late on Wednesday.

Trudeau added later in the day that Canada had undergone many changes since 1939, becoming more open and inclusive, and was now warmly welcoming thousands of people from around the globe every year.

“By issuing this apology, it is my sincere hope that we can shine a light on this painful chapter of our history and ensure that its lessons are never forgotten. Anti-Semitism, xenophobia, and hatred have no place in this country, or anywhere in this world,” Trudeau said as quoted by his official website.

Trudeau’s statement came just over a week after a deadly shooting in the synagogue in the US city of Pittsburgh, where a gunman killed 11 people.

“Recent attacks on the Jewish community attest to the work we still have to do,” he stressed.

The St. Louis ship left Germany in 1939 with around 900 Jews on board, who were fleeing persecution by the Nazis. The passengers were denied entry not only by Canada, but by Cuba and the United States as well. The ship was forced to return to Europe, where several countries agreed to take in the asylum seekers, however, about 250 Jews from the ship are believed to have been eventually killed by the Nazis in death camps.