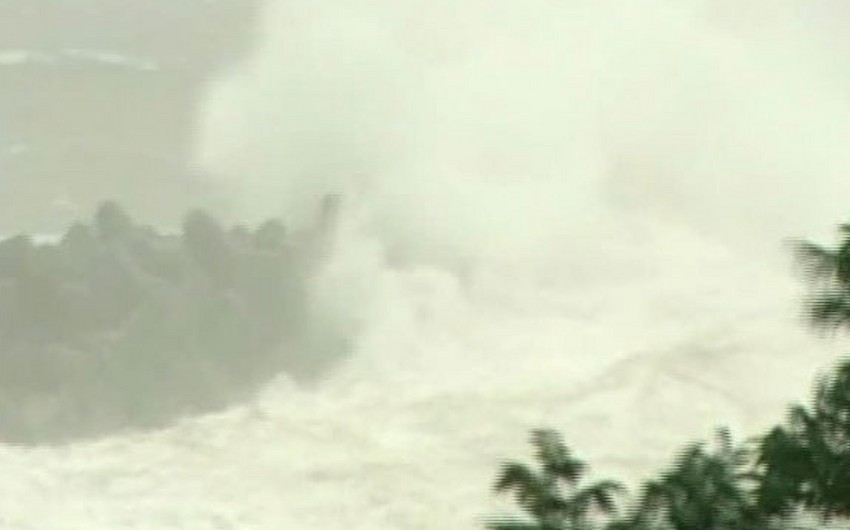 The Japan Meteorological Agency said that Meari made landfall in Shizuoka prefecture southwest of Tokyo in the afternoon, bringing sudden heavy rains and blasting winds to a widespread area and prompting warnings about mudslides and flooding.

More than 72,000 people in the area’s main city of Shizuoka were told to evacuate due to possible landslides.

Meari, packing sustained winds of up to 72 kilometers per hour, passed over Shizuoka and was traveling at a speed of about 20 kilometers an hour. The storm was expected to continue northward before veering eastward, swinging over the Pacific Ocean by early Sunday.

The Tokyo area was hammered by periodic downpours starting in the late morning. Warnings on high waves in coastal areas were issued for Tokyo, Kanagawa prefecture southwest of Tokyo, and other nearby areas.