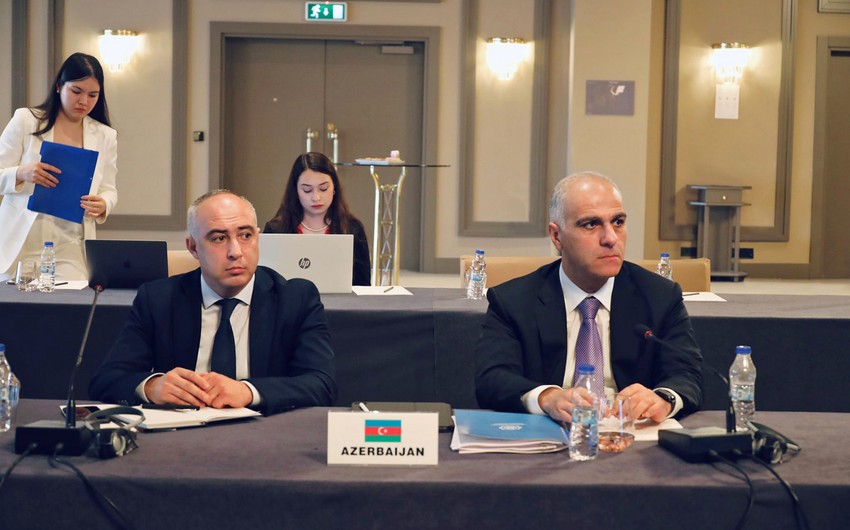 Measures to facilitate transport and transit operations along the Trans-Caspian International East-West/Middle Transport Corridor and digitization of transport procedures between member states were discussed, Report informs, citing the Ministry of Digital Development and Transport.

As reported, on August 12, a meeting of the Transport Coordinating Committee of the Organization of Turkish States (OTS) was held at the level of deputy ministers of the relevant institutions of the member states of the OTS in Istanbul, Turkiye.

The delegation led by Deputy Minister of Digital Development and Transport Rahman Hummetov represented Azerbaijan at the event.

At the same time, discussions were held on the project “Agreement on the International Combined Freight Transport among the Organization of Turkic States Member States”, increasing the number of flights between the member states, and preparations for the 6th meeting of the transport ministers of the member states of the OTS.

The Trans-Caspian International Transport Route (TITR) runs through China, Kazakhstan, the Caspian Sea, Azerbaijan, Georgia, Turkiye, and the Black Sea, further to European countries. It functioned as the ancient Silk Road connecting Asia with the Mediterranean Sea and the European world in the Middle Ages.