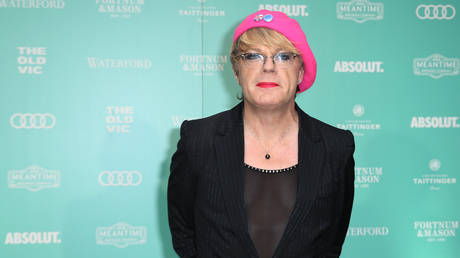 Transgender comedian Eddie Izzard has reporedly been cast as Sherlock Holmes in a new series featuring Sir Arthur Conan Doyle’s iconic detective. Holmes has been portrayed by a plethora of male actors and several female-led spinoffs have been produced, but the famous sleuth has never been played by a transgender woman before.

Izzard is in “advanced talks” to secure the role, the Daily Mail reported on Friday.

The series, ‘Sherlock’s Daughter’, will be produced by Starlings Television and could be shown on Netflix, industry blogs report.

According to its synopsis, ‘Sherlock’s Daughter’ “follows a young American woman who discovers that her biological father is Sherlock Holmes.” Traveling to London to track him down, she discovers “he’s not what she expected.”

It is unclear whether Izzard will portray Holmes as a man or a transgender woman. 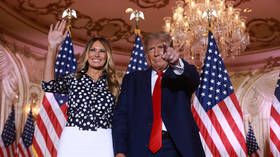 Izzard performed in drag for much of his four-decade career and identified as a “transvestite” before coming out as transgender in 2016. Initially comfortable being referred to as either male or female, Izzard stated in 2020 that he would use “she/her” pronouns and be “in girl mode from now on.”

In addition to acting and comedy, Izzard is currently campaigning to become the Labour Party’s MP for Sheffield.

Sherlock Holmes has been played over the years by Basil Rathbone, Benedict Cumberbatch, Jeremy Brett, Jonny Lee Miller, Robert Downey Jr, and Henry Cavill. While the 2018 Japanese series ‘Miss Sherlock’ reimagined Holmes as a woman and Netflix’s 2020 movie ‘Enola Holmes’ focused on the adventures of his teenage sister, the legendary detective has never been played in the Western world by a woman, let alone a transgender one.

‘Enola Holmes’ faced a lawsuit by the estate of Sir Arthur Conan Doyle over its “warmer” depiction of the normally icy detective, but the case was settled out of court. The entire Holmes canon will enter the public domain in 2023, meaning Izzard’s performance, however it departs from Doyle’s original, will be beyond legal reproach. (RT)