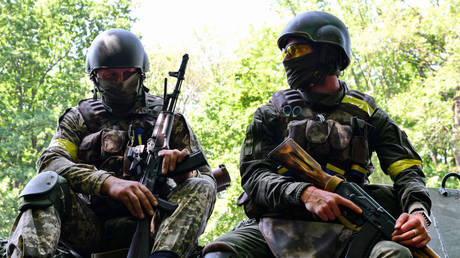 Since the launch of Russia’s military offensive in the neighboring country in late February, Ukraine has been constantly asking its Western partners to provide them with more heavy weapons and to do so as quickly as possible. However, as a senior US defense official told FP, “the drumbeat of faster, faster, faster” does not always work well because “the Ukrainians needed to have the training to be able to effectively use these systems.”

Meanwhile, the Ukrainian officials cited by the FP, complained on the one hand about the “too slow” pace of Western aid but, on the other hand, admitted that “beyond training for the HIMARS (High Mobility Artillery Rocket Systems) and Western artillery, military training for their troops has dipped in recent weeks, leaving them unable to operate more advanced systems.”

“For [Ukrainians], it is always going to be too little and too late, for natural reasons. However, sending things without training and logistics is a sure way they’ll have no longevity,” Oscar Jonsson, a researcher at the Swedish Defense University, commented on the matter, as quoted by FP. 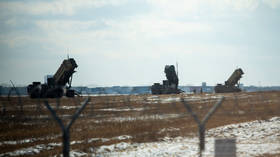 According to the magazine, Western officials are now “unclear” about what system they can provide next to Kiev.

“It could take months to train the Ukrainians to fly F-15 and F-16 jets, even though Ukrainian military officials insist that many of their pilots are currently sidelined without enough planes to fly, giving them the ability to leave the country for training,” the report says.

The new deliveries will include ammunition for High Mobility Artillery Rocket Systems (HIMARS), two National Advanced Surface-to-Air Missile Systems (NASAMS), up to 150,000 rounds of 155mm artillery ammunition, and four additional counter-artillery radars. Ukrainian President Volodymyr Zelensky expressed his gratitude to the US and personally to President Joe Biden for the package, and especially for NASAMS systems, capable, in his opinion, to “significantly strengthen” Ukrainian air defense.

At the end of June, Britain said that it would provide Kiev with “sophisticated air defense systems,” drones, electronic warfare equipment and “thousands of pieces of vital kit” worth £1 billion ($1.2 billion). The announcement came less than two weeks after the British Prime Minister Boris Johnson offered Ukraine a major training program for its troops, “with the potential to train up to 10,000 soldiers every 120 days.” 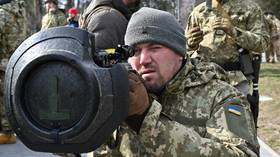 Russia has repeatedly urged the West not to provide Kiev with weapons, saying it will only prolong the conflict and lead to long-term problems. It has warned that Russian forces will consider any foreign weapons on Ukrainian territory as a legitimate target. Earlier this week, Russian Foreign Minister Sergey Lavrov said that “pumping up” Ukraine with Western weapons will only lead Russia “to perform more missions on the ground.”

Read more:   Oceans were warmest on record in 2021, scientists say

Russia sent troops into Ukraine on February 24, citing Kiev’s failure to implement the Minsk agreements, designed to give the regions of Donetsk and Lugansk special status within the Ukrainian state. The protocols, brokered by Germany and France, were first signed in 2014. Former Ukrainian president Petro Poroshenko has since admitted that Kiev’s main goal was to use the ceasefire to buy time and “create powerful armed forces.”