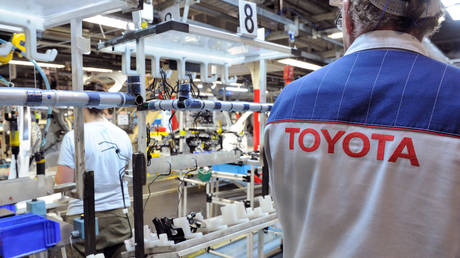 Toyota has fired two high-level employees from a plant in Indiana, after they allegedly mocked the killing of George Floyd. Though their jokes got them the sack, Toyota itself has been in the spotlight for racism before.

In a video filmed by his colleagues, supervisor Patrick Talley knelt on a binder full of documents, exclaiming “that will keep them down.” The onlooker who filmed the video told Yahoo News th

Azerbaijan’s Milli Majlis (parliament) on Wednesday held an extraordinary plenary session. The agenda of the…

The Ministry of Foreign Affairs of Azerbaijan offered condolences following the deadly explosions in Beirut.  “We…

No Azerbaijanis are among the victims of the huge blast occurred in Beirut, killing at…