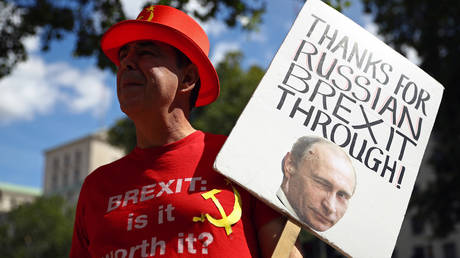 Speaking to RT’s Going Underground on Saturday, Lord Balfe told host Afshin Rattansi that accusations the Kremlin was controlling domestic affairs in Britain were “rather pathetic, frankly,” and noted it wasn’t unusual for some members of Parliament to have business connections to Russia.

“Full marks for the Russian government” if they were somehow behind Brexit, he joked. “I don’t think it had much to do with any foreign government,” he added, offering that it was down to “the basic xenophobia” of the people who voted to leave the European Union.