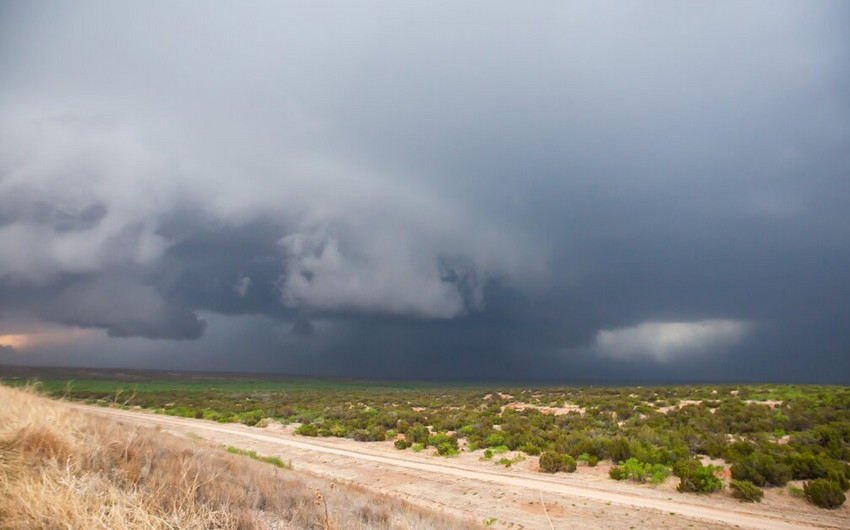 A tornado tore through a small northern Michigan community on Friday, killing at least one person and injuring at least 40 others as it flipped vehicles, tore the roofs off of buildings, and downed trees and power lines, Report informs, citing foreign media.

“It just touched down at around 3:45 and just went right through town,” said Sean Christensen, a meteorologist at the National Weather Service.

The tornado struck Gaylord, a community of roughly 4,200 people about 230 miles northwest of Detroit. Michigan State Police announced an overnight curfew and asked residents to shelter in place on Friday night. Gov. Gretchen Whitmer declared a state of emergency in Ostego County.

Brian Lawson, a spokesman for Munson Healthcare, said Gaylord-Otsego Memorial Hospital was treating 23 people who were injured by the tornado and that one person was killed. He didn’t know the conditions of the injured or the name of the person who died. Lawson said the pace of people being brought to the hospital had slowed by Friday evening.

The Michigan State Patrol confirmed that one person was killed, saying in a tweet that more than 40 others were hurt and being treated at area hospitals. The patrol planned to hold a briefing Saturday morning.

“I’ve never seen anything like this in my life,” Mayor Todd Sharrard said. “I’m numb.”

The roof of a Hobby Lobby was ripped off, and the town was eerily empty Friday night. Traffic lights stopped working and emergency vehicles are the only ones around.

Gaylord residents were walking around, stunned.

Severe weather is unusual in the region.