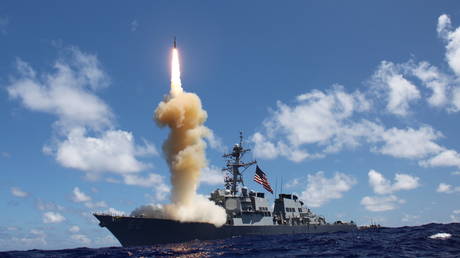 Deploying hypersonic missiles to Europe and Asia will deter Russia and China and strengthen Washington’s hand in arms control talks, says National Security Advisor Robert O’Brien. Trouble is, the US doesn’t have such missiles yet.

“We’re developing hypersonic weapons, we’re developing ballistic missile delivery systems that will keep America safe,” O’Brien said on Wednesday, at an event hosted by the Hudson Institute. These are the missiles, according to the adviser, that will “defend our allies, that will deter China, and we’ll deploy the same missiles if necessary in Europe, to deter the Russians.”

President Donald Trump’s top security adviser made the statement in the context of a question about the US’ exit from the Intermediate-Range Nuclear Forces (INF) treaty in August last year, saying that China, which was not party to it, had developed and deployed missiles of its own.

Beijing supposedly used these missiles to create “anti-access/area denial” (A2AD, in Pentagon jargon) to “keep our ships and our navy away from our allies in the region and out of China – out of the sphere of influence that China would like to have,” O’Brien said.

His statement comes just days after Russian President Vladimir Putin offered to refrain from deploying missiles the US objected to – but which Moscow insists are still compliant with the INF treaty – out of Europe “in the spirit of goodwill,” so long as NATO does the same.

Though the US cited accusations – without evidence – that Russia had supposedly violated the INF to initiate its exit from the treaty, O’Brien’s predecessor John Bolton was quite open about the INF being a Cold War relic that did not reflect “a new strategic reality out there,” specifically with China in mind.

O’Brien was likewise open about the US wanting to deploy these new missile systems as part of a negotiating strategy to secure a new arms control treaty with Moscow and Beijing.

“We think that by deploying these weapons not only will we deter an attack, but it will also put us in a posture to have real arms control in the future, just like we deployed the Pershing and the cruise missiles to Europe in the ‘80s to get the Soviets to come to the table,” he said. (RT)