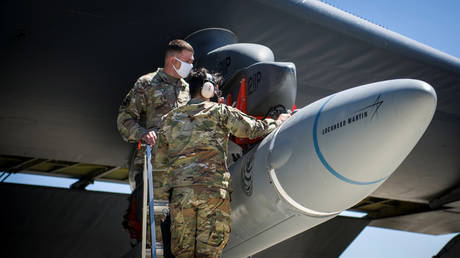 US Air Force Secretary Frank Kendall has claimed that the US and China were engaged in an accelerating hypersonic arms race and that the US military hadn’t done enough to develop weapons capable of “scaring” Beijing.

Kendall told Reuters on Tuesday that “there is an arms race, not necessarily for increased numbers, but for increased quality” and that the race had “been going on for quite some time.”

The secretary also claimed “the Chinese have been at it very aggressively,” and that while the US hadn’t “done nothing,” it also hadn’t “done enough.” (RT)