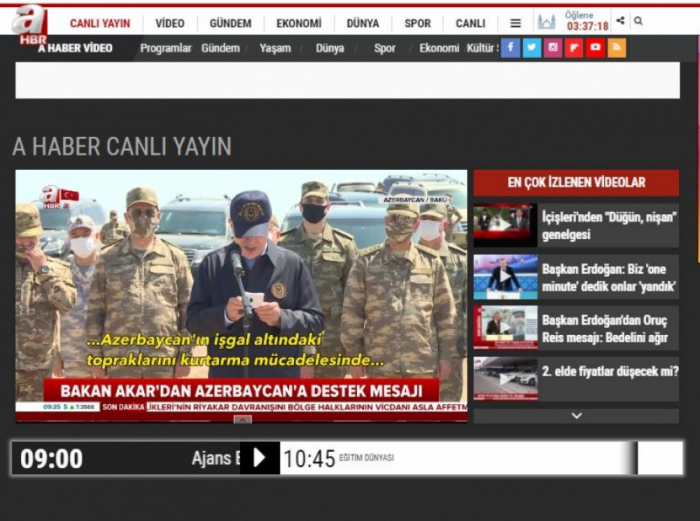 The recent visit of Turkey’s top military officials to Baku was widely covered by the Turkish media.

Anadolu, IHA news agencies, Milliyet, Yeni Safak, Sabah, Hurriyet, Takvim and other newspapers, as well as NTV, A Haber, TRT Avaz, TRT Haber, TGRT TV channels and media outlets published news releases about the Turkish military officials’ meeting with Azerbaijani President Ilham Aliyev, their visit to the Alley of Honor and the Alley of Martyrs in Baku, as well as about their participation in the Day of High-Level Observers dedicated to the final episode of the first stage of the Azerbaijani-Turkish Live-Fire Joint Tactical and Flight-Tactical Exercises of the Land and Air Forces.