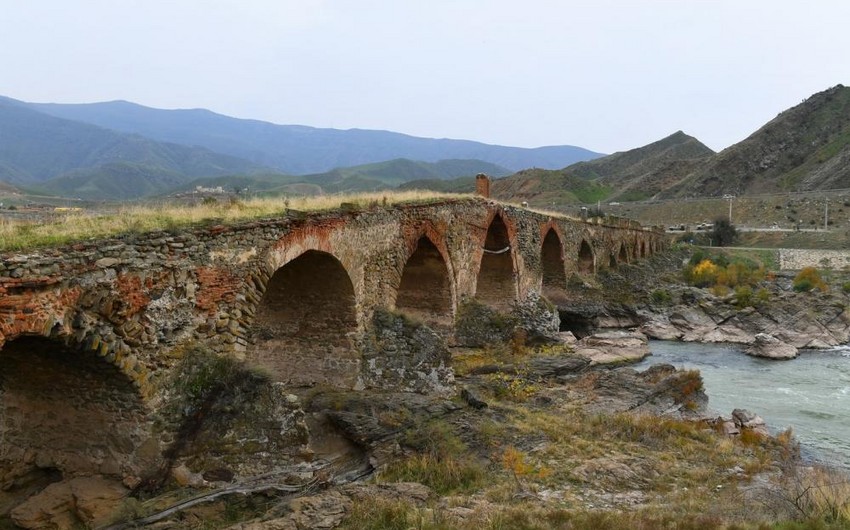 Today, October 4, is two years since the day when Azerbaijan liberated its Jabrayil city from the occupation of the Armenian Armed Forces, Report informs.

Two years have passed since the city was cleared of Armenian invaders.

The glorious tricolor flag of Azerbaijan was hoisted on the liberated territories.

Jabrayil district was established on August 8, 1930. It was abolished on January 4, 1963, and merged with the Fuzuli district, and then re-established on June 17, 1964. Jabrayil is located in the south-east of the Lesser Caucasus Mountains, in the Gayan plain and the Karabakh range. The region borders the Islamic Republic of Iran along the Araz River in the south. Its area is 1,049 square kilometers, and its territory is mostly mountainous. The banks of the Araz River were once dense with Tugay forests. The highly fertile soils of the Araz plains are dark brown.

On October 4, 2020, the President of Azerbaijan, victorious Supreme Commander-in-Chief Ilham Aliyev, in his address to the nation, announced the liberation of Jabrayil’s administrative center and nine other villages.

During the Second Karabakh War, one city and 80 villages of the Jabrayil district were liberated by the Azerbaijani Army. With the liberation of Jabrayil from enemy occupation, state control over the Azerbaijani-Iranian border was partially restored.

The president raised the glorious Azerbaijani flag in Jabrayil and Khudafarin Bridge.

The head of state laid the foundation of the joint service center of KAMAZ OJSC and Ganja Automobile Plant Production Association, the “Araz Valley Economic Zone” Industrial Park to be established in the East Zangazur economic region. The head of state also attended the opening of the 110/35/10 kV Jabrayıl substation and a complex of the military unit of the State Border Service in Jabrayil. The head of state laid the foundation stones for Jabrayil District Central Hospital, a school building, and the first multi-apartment residential building in Jabrayil. President Ilham Aliyev then met with members of the general public of Jabrayil.

The head of state laid the foundation stones for the Jabrayil Memorial Complex and the restoration of the city of Jabrayil.

According to the relevant decrees signed by President Ilham Aliyev on December 24, 2020, and June 24, 2021, a group of servicemen was awarded the medal “For the liberation of Jabrayil.”