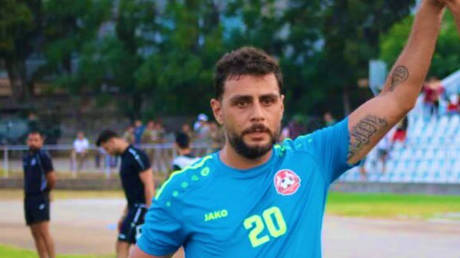 Mohamed Atwi, a Lebanon international who won the Lebanese Premier League three times, has died after being put into a coma when a bullet became lodged in his skull in what is believed to have been an accident following a funeral.

The 32-year-old midfielder was reportedly walking in Beirut when he was hit by a bullet that was fired into the air as part of a funeral tradition at a service to honor one of the victims of the explosions that devastated the city’s port on August 4.

He had been in a coma in intensive care for several weeks but died of his injuries. His family are said to have demanded an investigation.

Wael Akram Chehayeb, one of the Executive Committee members of the Lebanon Football Association, called the news “a sad day for all athletes” and “a great loss for Lebanese football”.

Atwi won three trophies during his 10-year stay at Al-Ansar, making more than 100 appearances for the club before moves to Tadamon Sour and Akhaa Ahli Aley, the club he played for at the time of his death.

He provided the most assists in the Lebanese top flight in the 2010/11 season and won the Lebanese Premier League Goal of the Season award in 2016.

“This is not only the loss of his family but also a loss for the club,” Al-Ansar said in a statement.

“He always held a special place in the hearts of the fans, who saw in him a well-mannered leader who gave a lot to the club.”

Also on rt.com ‘That was an atomic bomb’: NBA reporter deletes explosive tweets after claiming devastating blast in Lebanon was nuclear (RT)