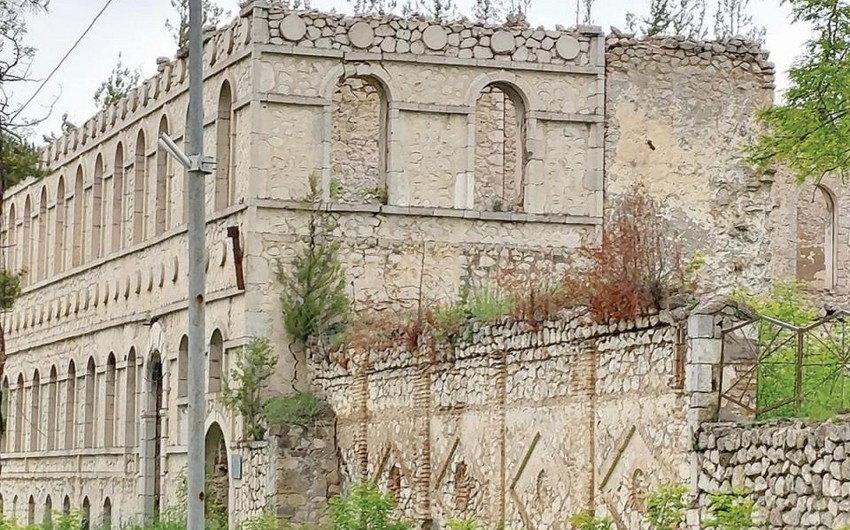 Azerbaijan is determined to rebuild its cultural city, Shusha, says the article headlined ‘Shusha – a cultural capital in ruins’ published on Times of Malta, by Ray Bondin, the chair of the Malta National Commission for UNESCO and a renowned world heritage expert.

“Shusha is the cultural capital of the Karabagh region in Azerbaijan. It is an enormous region, bigger than Luxembourg and for over 30 years, it was occupied by Armenia. Azerbaijan only regained the area in a brief war two years ago,” the article reads.

The author notes that Azerbaijanis found their mountainous capital city in complete ruins.

“Most buildings were destroyed, while some only have the facade left. However, Azerbaijan is determined to rebuild its cultural city,” the expert said.

He notes that the city is renowned for having the best Azerbaijani musicians, actors, poets and painters.

When the Azerbaijanis regained it, the once proud city of 20,000 inhabitants did not have one fully standing building, the article says, adding that the city had beautiful architecture built by the Azerbaijanis since the mid-18th century, but most of it does not exist anymore.

Unlike what happened before, when mosques were practically destroyed, the Azerbaijanis are restoring both mosques and churches, it says.

“The people of Shusha are very much attached to their land but find it hard to return when all the cemeteries of their families were razed to the ground by the Armenians,” the expert added.