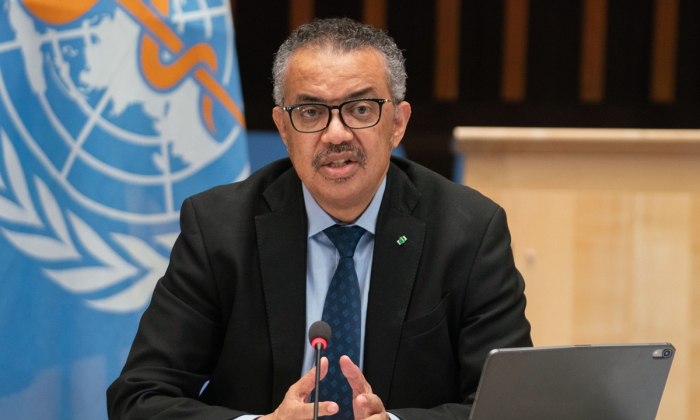 The head of the World Health Organization (WHO) called on Monday for launching negotiations this year on an international treaty to boost pandemic preparedness, as part of sweeping reforms envisioned by member states, according to Reuters.

Tedros Adhanom Ghebreyesus, WHO director-general, told its annual ministerial assembly that the U.N. agency faced a “serious challenge” to maintain its COVID-19 response at the current level and required sustainable and flexible funding.

Earlier in the day – the last of the week-long assembly – health ministers agreed to study recommendations for ambitious reforms made by independent experts to strengthen the capacity of both the WHO and countries to contain new viruses.

The ministers from the WHO’s 194 member states are to meet from Nov. 29 to decide whether to launch negotiations on the pandemic treaty.

“The one recommendation that I believe will do most to strengthen both WHO and global health security is the recommendation for a treaty on pandemic preparedness and response,” Tedros said. “This is an idea whose time has come.”

It could be a long road ahead if such a treaty is to be reached. The WHO’s Framework Convention on Tobacco Control – the world’s first public health treaty – was clinched in 2003 after four years of negotiations.

The WHO, which has been at the heart of the world’s sluggish response to the COVID-19 pandemic, faces a potential shake-up to prevent future outbreaks.

Under the resolution submitted by the European Union, and adopted by consensus, member states are to be firmly in the driver’s seat of the reforms through a year-long process.

“It’s essential that we strengthen global (disease) surveillance and provide the World Health Organization with the authority and the capacity to do this important job for all the peoples of the world,” Australian Prime Minister Scott Morrison told the talks.

“If we are to deliver on this ambitious reform agenda, then we must work together and put other issues aside,” he said.

The new virus has infected more than 170 million people and killed nearly 3.7 million since emerging in China in late 2019, according to a Reuters tally of official national figures.