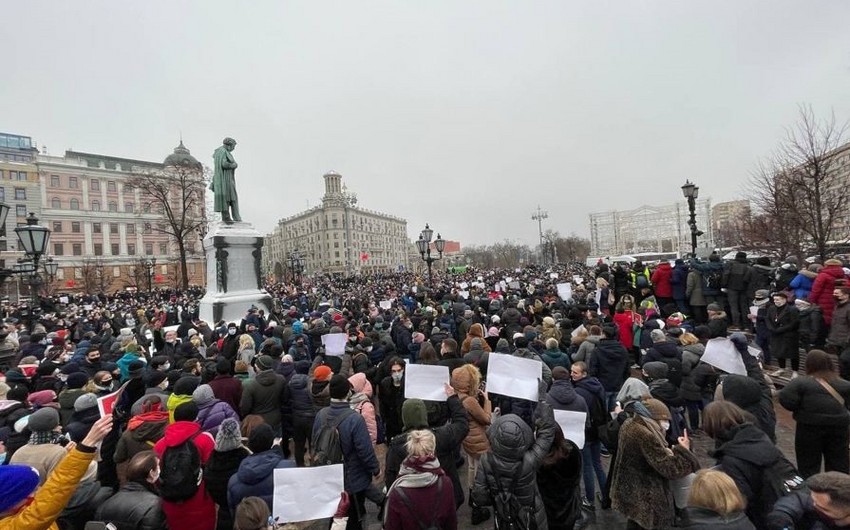 Thousands of people across Russia took to the streets in support of jailed opposition leader Alexei Navalny.

Police in riot gear detained hundreds of protesters during the unsanctioned rallies in dozens of Russian cities on Saturday.

Several of Navalny’s close aides, including a spokeswoman, have also been detained in the run up to Saturday’s protests.