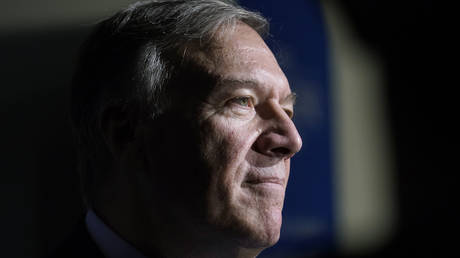 After the recent 2022 midterm elections that saw Republicans underperform relative to polls yet still flip the House of Representatives in their favor, both major US political parties are turning their attention to the 2024 presidential elections. Former US president Donald Trump was the first GOP challenger to throw his hat into the ring, as was expected, but a number of other Republican stars are expected to also jump into what will likely be a crowded primary election.

One of those likely candidates is Trump’s former secretary of state, Mike Pompeo. The former diplomat has long had far-reaching political ambitions and his PAC has launched digital ads in early voting primary states such as Iowa, Florida, Kansas, Nevada, New Hampshire, and South Carolina, touting his record on the economy and immigration. He also put out a book titled ‘Never Give An Inch’, which is typical for politicians to raise money and promote their platform ahead of presidential elections.

Pompeo served under Donald Trump and was a MAGA loyalist during his tenure in the White House. However, the secretary has tried to differentiate himself from his former boss since exiting public office. He has done so by framing himself as a more responsible leader with less baggage compared to Trump, who has been fraught with scandals since he began his political career in 2015. 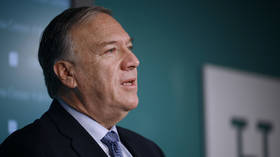 In terms of policy, Pompeo will likely pump up his stern anti-China stance while serving as the US’ head diplomat, as well as increase his ironclad support for Israel. Pompeo was one of the principal architects of the US-led trade war on China and was one of the main mouthpieces for blasting anti-China disinformation, such as the so-called ‘lab leak theory’ that contends that Covid-19 emerged from a Chinese laboratory.

On Israel, Pompeo was the highest-ranking US official in history to visit an illegal Israeli settlement and he oversaw the Trump administration’s attempts to upend decades-long US policy vis-a-vis the Middle East by recognizing Israel’s annexation of Palestinian territory. This policy was coined the ‘Pompeo Doctrine’ by State Department officials.

Aside from his tenure as secretary of state, Pompeo was also formerly the head of the Central Intelligence Agency (CIA), where, by his own words, he “lied, cheated and stole” as part of his official duties. It is there, we may presume, that Pompeo gained his proclivity for disinformation. He also served in Congress from 2011 to 2017, where he was one of the leading GOP operatives involved in the Hillary Clinton email scandal and so-called ‘oversight’ of the State Department.

And before all of that started, Pompeo was a military man, which was the precursor to his involvement in the military-industrial complex. That was his line of work before he entered public life as a politician and helped him link up with Koch Industries, the company owned by the notorious Koch family of right-wing billionaires, one of the most powerful political cartels in the United States.

Pompeo’s career smacks of pay-to-play schemes and corruption. If there is an image of the proverbial ‘swamp’ that Donald Trump frequently referenced in public, the former secretary is certainly a swamp creature. But none of this even comes close to the documented scandals and misuse of public funds that occurred while he served in the Trump administration.

From the time he took office in 2018 until the spring of 2020, he and his wife hosted about two-dozen ‘Madison Dinners’ at the Diplomatic Reception Rooms at the State Department’s headquarters in Washington, DC. These lavish dinners were attended by celebrities, politicians, government officials and other public figures. They were organized by taxpayer-funded State Department staff and had nothing to do with any of Pompeo’s official duties. 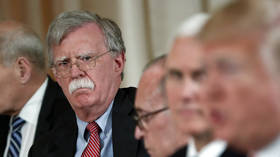 Read more:   Smartphone passcodes could be compromised through microphones

For instance, it was reported that they would instruct workers from the office to book salon appointments, arrange dinners and even walk Pompeo’s dog. Yet, despite these serious ethical concerns that were revealed through various investigations, nothing ever happened. In fact, then-president Trump simply sacked the person responsible for overseeing this investigation and moved on without a second thought.

In effect, the secretary spent thousands of dollars to rub shoulders with some of the country’s most powerful and influential people for no other reason than to advance his own ambitions. According to whistle-blower reports and investigations by the inspector general, Pompeo and his wife were also being investigated for over 100 instances of misconduct in which they used taxpayer-funded State Department staff for their own personal benefit.

Even though Trump stuck his neck out for Pompeo back then, it is almost guaranteed that his campaign will bring up these scandals to attack Pompeo during the primary if he should go forward in challenging his former boss. And rightfully so. The public deserves to know just how deeply corrupt Mike Pompeo actually is – and why he should never be allowed anywhere near the White House.