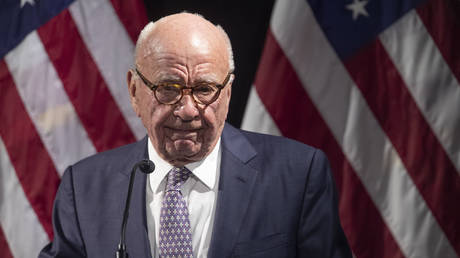 Australian-born American billionaire, Rupert Murdoch’s global media empire has consistently led the charge in pushing anti-China narratives in the Western media. Encompassing a long list of highly influential media, including both television and print media in the liberal and conservative camps, the list of talking points aimed at Beijing is immense.

For example, The Wall Street Journal’s Editorial Board argued on Monday that China “is paying for the Communist Party chief’s policy mistakes,” referring to Chinese President Xi Jinping. The editorial argues that the world economy, including China’s, is slowing down and that “the latest data released Monday on China’s ebbing growth will echo around the world” because “the response from Beijing suggests its leaders are running out of ideas to arrest the decline.”

The piece goes on to bemoan China’s “dynamic zero-Covid” policy, which has objectively saved millions of lives and made China’s supply chains resilient and reliable for global investors. 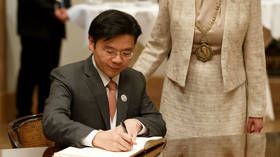 US may ‘sleepwalk’ into war with China – Singapore

The WSJ’s editorial also took aim at a “crackdown on real-estate speculation” that is apparently hurting average people as property prices drop. It notes, “Property is the main source of savings for many Chinese families.” It, however, does not mention that soaring property prices, first of all, show all the unhealthy characteristics of a bubble – but are also pricing young people out of home-ownership all over the world.

In fact, the WSJ doesn’t even go into specifics to cite Beijing’s response to its economic challenges besides saying “monetary stimulus.” One simple starting point could have been a report from the Central Political Bureau of the Communist Party of China’s meeting on July 28 that touched on these exact same issues, including what the WSJ cited as a demand-side issue.

Coupled with what the routine coverage of China by Murdoch-owned print media looks like, one can’t help but feel like it’s all done on purpose. Let me give some more notable examples.

How about when the Murdoch-owned New York Post published a column by Missouri Senator Josh Hawley that bizarrely claimed America was adopting “social credit scores” as “the latest corporate import from Communist China” despite the fact that not only is there no all-encompassing Orwellian social credit system in America, there isn’t even one in China – as Vincent Brussee, an analyst at the Mercator Institute for China Studies, argues.

Or, not to be outdone by its sister publication, when the WSJ printed an opinion column in October 2021 – this time giving air to the infamous lab-leak origin theory of COVID-19. Los Angeles Times columnist and Pulitzer Prize-winner Michael Hiltzik masterfully dismantled this propaganda piece, noting that the two authors of the WSJ piece are not even trained virologists. 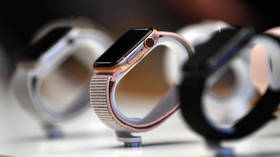 Apple diversifying away from China – media

“The Wall Street Journal opinion section has a desire to portray China as a sinister entity, and the pandemic has been a superlative cudgel for use against a country that has emerged as a potent threat to America’s worldwide economic primacy,” Hiltzik concluded, adding that such pieces would only embarrass the WSJ’s serious journalists.

It’s hard to discern exactly which serious journalists Hiltzik might have been referring to, however, because when it comes to China, the Murdoch media relies on the likes of Wenxin Fan or Didi Tang, with The WSJ and The Times of London respectively, who carry water for American imperialism by spreading the narratives of “Freedom for Hong Kong” or “Uygur Genocide.”

What’s all the more sinister about Murdoch-owned media, as was learned in a May 2020 report by the Sydney Morning Herald, is the entire symbiotic complex that surrounds the narratives they push. That report found the Murdoch-owned Daily Telegraph in Australia ran a report based on a 15-page “dossier” ostensibly leaked from an intelligence agency, allegedly showing that China destroyed documents related to the coronavirus in Wuhan, but the ‘dossier’ was found to be highly suspicious and apparently based on all-public information, without any intelligence services’ involvement.

Notably, this news report was picked up and used by US national security figureheads and sparked serious political debate in Australia and the US. We are now not even talking about misinforming the general public, but actual government officials and people with power. It goes to show the damage that disinformation can do to society – and why people should think twice before consuming it.