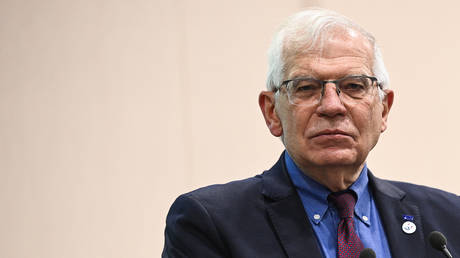 According to a recent report by the Financial Times, the US is ramping up the pressure to transform the North Atlantic Treaty Organization (NATO), a defense bloc created during the Cold War to counter the spread of communism, into an anti-China alliance.

The paper quotes the US ambassador to NATO as saying that the allies would “move from what we call assessing the problem to addressing the problem.”Of course, in the ambassador’s lexicon the ‘problem’ is China and ‘addressing’ it means stepping up the pressure against the Asian superpower. Many have taken these words to mean that Washington is trying to ramp up its “New Cold War” against Beijing; however, in this case, this would not be a re-enactment of the 20th-century Cold War in a new rendition, but would actually be a replay of 19th-century colonialism, since it would be European and European-descended countries squaring off against an Asian country.

There are some signals that NATO may move in this direction. Indeed, the bloc’s first “strategic concept” document in over a decade, which was published this year, does name China as a major challenge for the first time ever. At the same time, there has been significant pushback against the Washington-led confrontation with Beijing, from both NATO countries and NATO partners in China’s neighborhood. 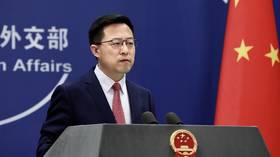 For instance, the Trilateral Commission, which is a nongovernmental organization meant to foster cooperation between Japan, Western Europe and North America, just wrapped up its latest session. For the first time, the press was admitted to the deliberations of its Asia-Pacific wing – which revealed significant disagreements with US policy in the region. According to Nikkei Asia, the consensus was that “without proper steering, the US-China rivalry may lead the world into a dangerous confrontation.”

The authors suggested that the fact that the press was invited to the event was specifically designed to highlight this growing rift. One of the executive members of the Commission, Masahisa Ikeda, was quoted as saying: “US policy toward Asia, especially toward China, has been narrow-minded and unyielding,” noting that the Commission wants Washington to hear Asian perspectives on the matter.

The event also featured US officials voicing the same platitudes about autocracy versus democracy, which was pushed back against by Asian officials. One former Japanese official was quoted as saying, “we must engage China,” in response to a speech by the US ambassador to Japan and a veteran official from the Philippines, who said that “when two elephants fight to the death, we will all be dead.” Evidently, the US-led aggression against Beijing is not met with much appreciation by senior Asian officials.

A similar trend is also emerging in Europe. EU foreign policy chief Josep Borrell recently spoke at the Brussels Indo-Pacific Forum. According to him, “A vast majority of European countries do not want to… have to choose either the US or China. We don’t want a world that is split into two camps.” The EU is not a NATO representative, but a significant number of EU member states are part of the defense alliance, which makes these words quite significant. 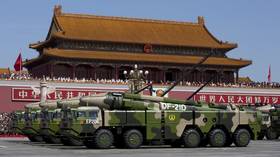 But there have also been concrete actions to back up this sentiment. With the passage of the CHIPS and Science Act of 2022, the administration of US President Joe Biden placed restrictions on companies selling semiconductor chips to China in a bid to string up China’s high-tech sector. In Washington, it was to be hoped that allies would follow a similar path. But one major supplier of chips to China, the Netherlands, a NATO member, resisted calls from across the pond to halt equipment sales – and this was backed up by the EU through a fiery speech, again, by Josep Borrell.

We have also recently seen German Chancellor Olaf Scholz visit Beijing in a bid to focus on business as usual. European Council President Charles Michel likewise also embarked on a China visit this week to reset the tone of his bloc’s relations with Beijing. Even Washington’s most steadfast ally, the UK, has recently seen its stance on China soften. New Prime Minister Rishi Sunak began with tough talk on China but made overtures to Beijing ahead of a planned but canceled meeting at the recent G20 summit with President Xi Jinping.

With all of this taken together, it is hard to square these developments with the words of US officials quoted in the Financial Times. If we take ‘addressing the problem’ to mean NATO allies will collectively move toward countering Beijing, then it appears that this will not happen. Quite the contrary, the bloc seems to be very disjointed when it comes to Beijing. In fact, the majority of the bloc’s members appear to be looking for ways to cool tensions with China instead of heating them up at Washington’s direction.